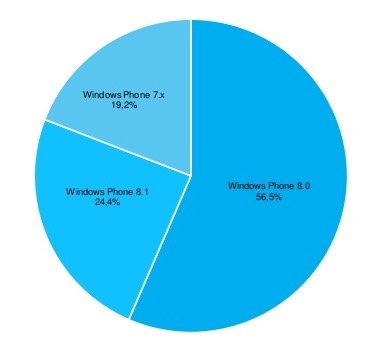 Every month, the folks over at AdDuplex release Windows Phone stats from their ad network that encompass 4496 apps and provides samples of the data so that the outside world can see how the Windows Phone usage share breaks down. And for the month of August, we can see that Windows Phone 8.1 continues its growth but Windows Phone 8 is still the most popular variety of Windows Phone.

Watching the adoption trend of Windows Phone 8.1 should be interesting for enthusiasts to see how quickly Microsoft can update its existing Windows Phone devices. Microsoft has a large incentive to upgrade existing devices - besides offering a better user experience, they can collect more data on how Cortana is used so that they can continue to improve the service.

It does seem a bit surprising that so many users are still using devices that are running Windows Phone 7 as that platform has stagnated and has not received any meaningful updates in some time. AdDuplex actually saw an uptick in usage of these older devices but that doesn't necessarily mean a new device was sold since this data is based on usage, not sales. This likely means that some folks with an older device turned them on for the first time in a few months and checked out some apps where AdDuplex collects data. 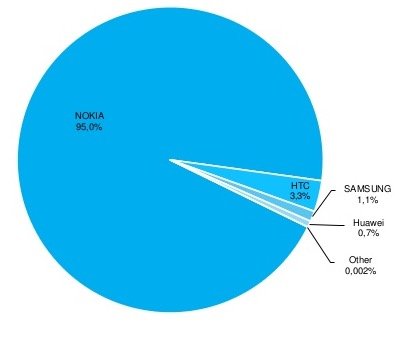 No so surprisingly is that Microsoft now owns 95% of the hardware market, this is up .5% from the prior month. This is not a trend that Microsoft wants to continue - while selling their own hardware is good, they need partners to help fill out the ecosystem too. HTC has stepped up with the HTC One M8 with Windows Phone but Microsoft needs more than one device next to all of the Lumias if they hope to have OEMs make any significant impact in the Windows Phone market share.