Xbox One or PlayStation 4? It's a question that many of us have agonized over, but most of us who can afford to buy a high-end games console cannot afford to buy two of them. But if your bank balance is large enough, you could enjoy both consoles in one package. 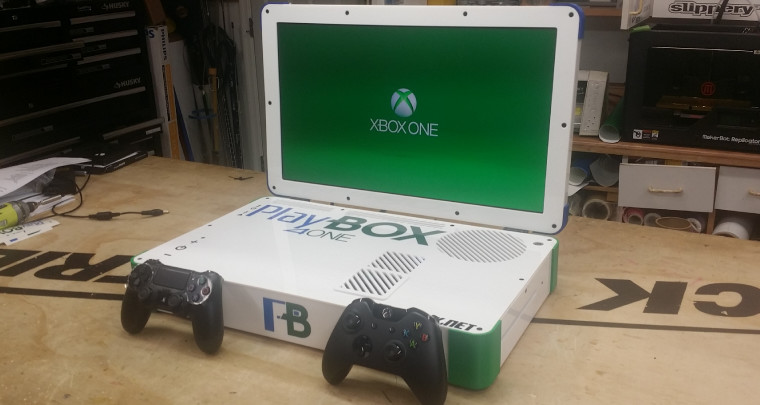 Console modder, Ed Zarick, had previously squeezed both the PS4 and the Xbox One into separate monstrous, gigantic laptop form factors, with the console innards stuffed into the base, paired to a large 22-inch display.

The same formula has been put to great effect on Zarick's latest creation, the PlayBox, but this time around, he's managed to cram both the Xbox One and the PS4 into one immense device. It's similar to his own Xbook Duo, which included the Xbox One and 360 in a single unit. 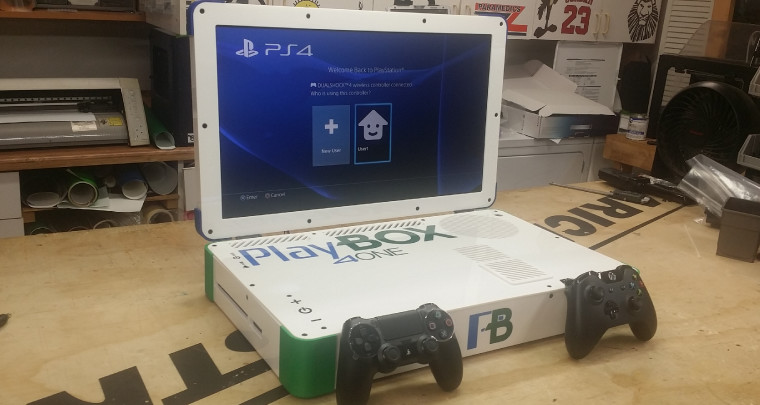 The two consoles are separated internally, but both feed the same display, and there is also a HDMI port to connect to an external display. The Xbox One side of the device does not offer access to the console's USB ports, however.

Alas, the device is not available for general purchase - the PlayBox was a made-to-order project for someone with much deeper pockets than us, although Zarick says that he will consider creating more of them for interested customers. He hasn't said exactly how much the PlayBox costs - but he did indicate that its price tag is "substantially more" than the other devices he sells, which cost around $1,500 each.

Check out the video below to see the PlayBox in action: