As stores vie for the attentions of Christmas shoppers, all sorts of tasty deals have been popping up lately. Over in the UK, nationwide retailer John Lewis has a particularly appealing offer available for those with an eye on the Apple Watch - and it seems to be a pretty popular deal so far. 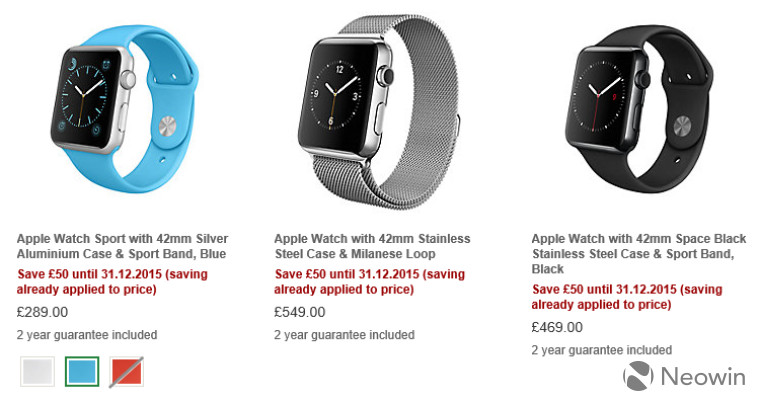 As CoolSmartphone reports, John Lewis is offering £50 off various Apple Watch and Apple Watch Sport models until December 31. However, many of the qualifying models have already sold out - but at time of writing, some models were still available for as little as £289.

Optional next-day delivery is available too, if you're planning to buy one as a Christmas present, and all models include a two-year guarantee from the retailer.

If you're on the lookout for a wearable device on a more modest budget, Microsoft's Band 2 is currently available in the UK for £169.99, £30 lower than its usual price. The health- and fitness-focused device is compatible with iPhones, as well as Android and Windows handsets.