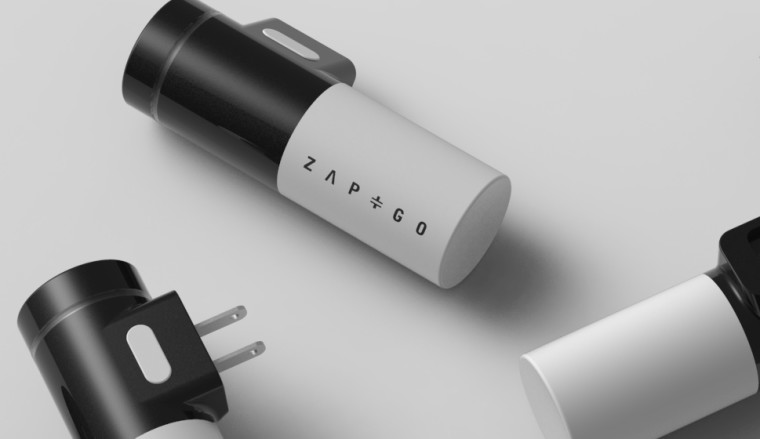 Wrapping up a two-month campaign in Indiegogo, Zap&Go is set to secure its funding to develop and build the first commercial charger based on graphene supercapacitor technology. Graphene is a honeycomb lattice of pure carbon and produced in layers just one atom thick.

What sets this charger apart from traditional battery-based chargers is its ability to obtain a full charge in a relatively short amount of time. This capability is made possible by an internal 40A power supply to enable rapid charging and graphene which is more conductive than other materials such as aluminium currently used in capacitors.

A five minute charge will cram 1500mAh of charge into the graphene supercapacitor which according to the claims of Zap&Go will be enough to completely recharge an iPhone 5/5S and 75% of the battery in an iPhone 6 or Samsung Galaxy S5. The physical size, charging speed and portability of the Zap&Go are its key selling points compared to traditional external battery solutions that offer higher capacities with corresponding increases in weight and size.

Originally setting out to raise just US$30,000 to bring the device to market, the campaign has managed to raise just over US $112,000 with hours remaining. A single charger can still be had for US$99 inclusive of delivery before the campaign concludes with the price rising to US$169 afterwards. There's also a lingering "Black Friday Special" perk which offers three Zap&Go chargers for US$247.