Back at the Mobile World Congress in February, ZTE made no secret of its plans to significantly expand its presence in the global smartphone market over the next few years. After announcing the giant Grand Memo phablet in January, and the entry-level Open (the world’s first Firefox OS handset) at MWC, the company’s plans appear to be unfolding nicely, with the launch of another new device.

The company’s latest addition to its range is an Android 4.2.2 Jelly Bean handset… called the Geek. There’s more to the new phone than just a silly name though; the big draw of the device is its 2.0GHz Intel Clover Trail+ Atom processor. 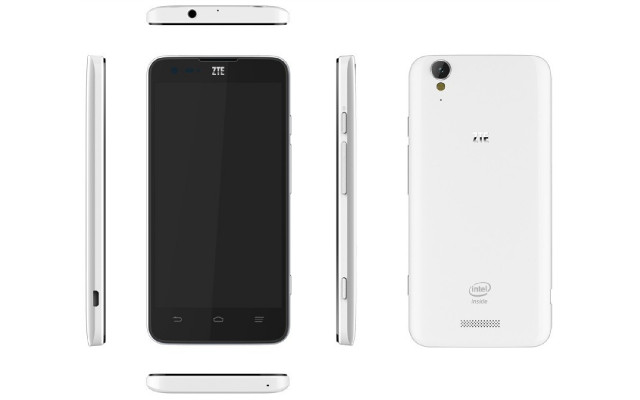 As Engadget reports, the Geek also features a spacious 5.0-inch display with HD (1280x720px) resolution and Gorilla Glass, as well as an 8MP rear camera, 1MP camera up front, 2300mAh battery and wireless charging. There’s also 1GB of RAM, although the 8GB of on-board storage isn’t exactly generous, but at least there’s 4G (UMTS 900/2100) support, along with a/b/g/n WiFi, A-GPS and Bluetooth 4.0.

Pricing and availability remain a mystery for now, so we’ll have to wait and see how long it will be and how much it will cost to get your hands on a Geek. That’s a sentence I never imagined I’d have to write.