It must be good to be Microsoft right now. Not because of recent or imminent product releases, but because they have managed (so far) to stay out of the Apple VS Samsung trial that has reached its (first) conclusion. Today, the deal in which Microsoft purchased over 900 patents from AOL has now been completed. 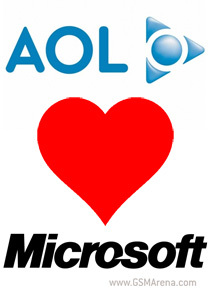 AOL has just announced a repurchase of shares in AOL stock worth $600 million. In addition they are paying out a one-time cash dividend of $5.15 per share to all its shareholders. In total, this amounts to approximately $1.1 billion which AOL received when they sold patents to Microsoft in June.

AOL initially announced the deal on April 9th. Out of the 925 patents that Microsoft purchased, Facebook purchased 650 of them from Microsoft and licensed out the remainder; Microsoft is a shareholder in Facebook.

It’s a little strange that the proceeds of the sale weren’t pumped back into the business. There is speculation that the investors that pushed for what was ultimately the sale of its patents are the same ones that pushed to have the money returned to them.

You can read the internal memo sent to AOL staff from Tim Armstrong, chairman and CEO, here.

Originally known as Control Video Corporation, AOL provided online services for Atari 2600 owners. They officially became American Online in 1989 and after successfully transitioning to a full ISP in the 1990s, they rebranded in April 2003 to AOL, retiring the full name America Online.