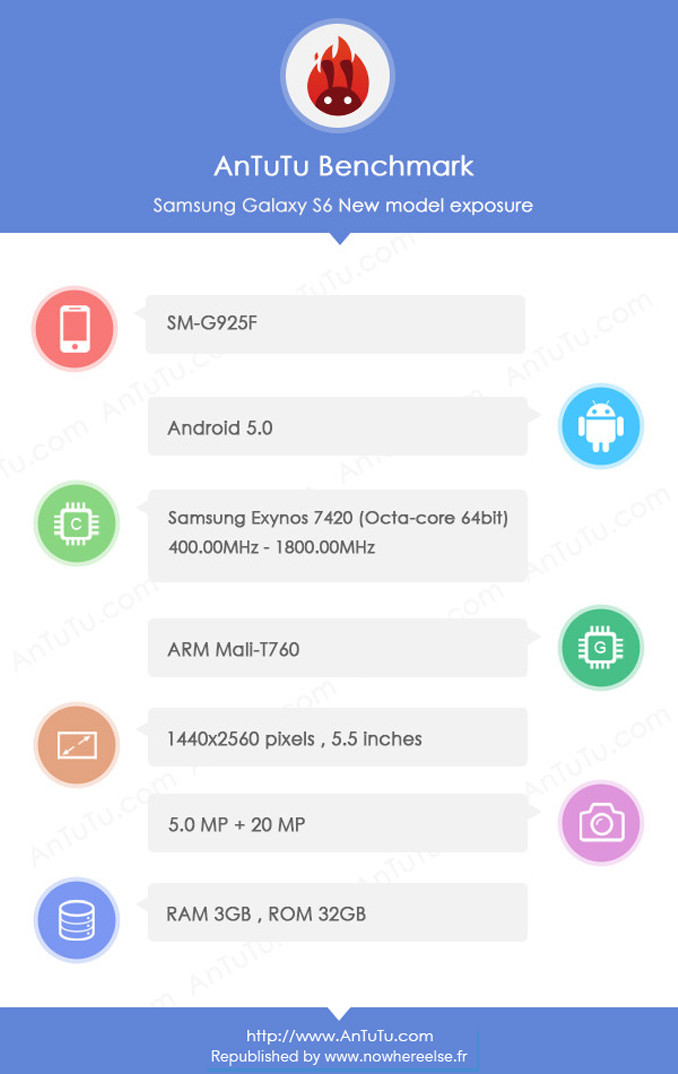 It's almost inevitable nowadays, but there are bound to be leaks when it concerns flagship devices from major companies. Today, we get a glimpse of what could be Samsung's next flagship device, the Galaxy S6.

While we don't get a visual of what the device will look like, we do get a sneak peek at the internal specifications of the device. According to a AnTuTu screenshot pulled by NowehereElse, the new Samsung Galaxy S6 could have:

These captured specifications seem to solidify what was reported as rumor earlier last week. With Mobile World Congress a little ways out, we can anticipate that Samsung will most likely use this event to showcase its flagship device for 2015. Naturally, these specifications could change and vary depending on region. For example, in the United States, the previous Galaxy S4 and Galaxy S5 have had Qualcomm processors.