Acer has launched its latest Windows 10 Mobile handset, the Liquid M330, in the United States. The affordable device is a follow-up to last year's low-cost Liquid M220.

The Liquid M330 is available to buy now on the Microsoft Store for just $99 SIM-free and unlocked. Like its predecessor, the new handset is aimed at the low-end of the smartphone market. 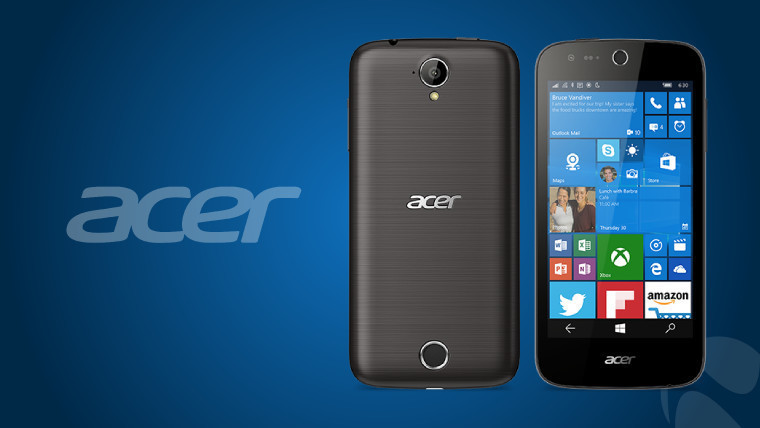 For that price, the M330 offers these key specs:

The Microsoft Store listing includes some curious details - including an image (above right) of the device showing Windows Hello support on its lockscreen, despite there being no indication of the M330 actually offering such support.

The OS is also described as "Windows Phone 10", rather than Windows 10 Mobile, and 30GB of free OneDrive storage is promised, despite Microsoft having discontinued that offer for new customers, ahead of its removal for existing customers this July.

A near-identical version of the M330, known as the Liquid Z330, comes with Android 5.1 Lollipop pre-installed, and was unveiled alongside it at Mobile World Congress in February.

Acer recently launched its Windows 10 Mobile flagship, the Liquid Jade Primo, featuring high-end specs that support the PC-like Continuum experience. Last week, the company also announced the Liquid Extend, a laptop-style device offering Continuum support on the move. However, it's not clear if the Jade Primo or the Extend will be available to buy in the United States.