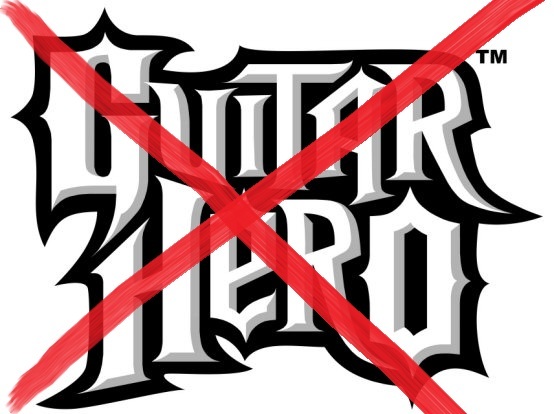 In the run up to Activision's announcement of their financial results, news has broken that the publisher will be discontinuing the Guitar Hero and True Crime series, Eurogamer reports. BioWare's Manveer Heir tweeted earlier that DJ Hero has also been affected.

Guitar Hero's most recent release, Warriors of Rock, received a lukewarm reception from critics. The game currently holds a 72/100 on Metacritic, and the public have shown apathy towards the release in sales figures. With previous entries managing around the 1 million mark in first-week sales, Warriors of Rock managed a disappointing 86,000 sales in the US.

The music genre in general has been on a steady decline. Sales for the highly anticipated Beatles edition of Rock Band fell short of analysts' predictions, and Rock Band 3 managed to shift around 7,000 copies upon initial release in the UK.

Previously, CEO of Activision Publishing Eric Hirshberg said the genre "do[es] not have the same mass appeal today that [it] did a few years ago," but also believed "the road to rejuvenating that category goes through innovation."

True Crime, another casualty, had a third title in the works set in Hong Kong. Previous entries have been set in Los Angeles and New York City, focusing around a police officer's struggle against the criminal underworld. True Crime: Hong Kong would have been the first entry to be released on the current generation of consoles, with New York City being released almost six years ago.