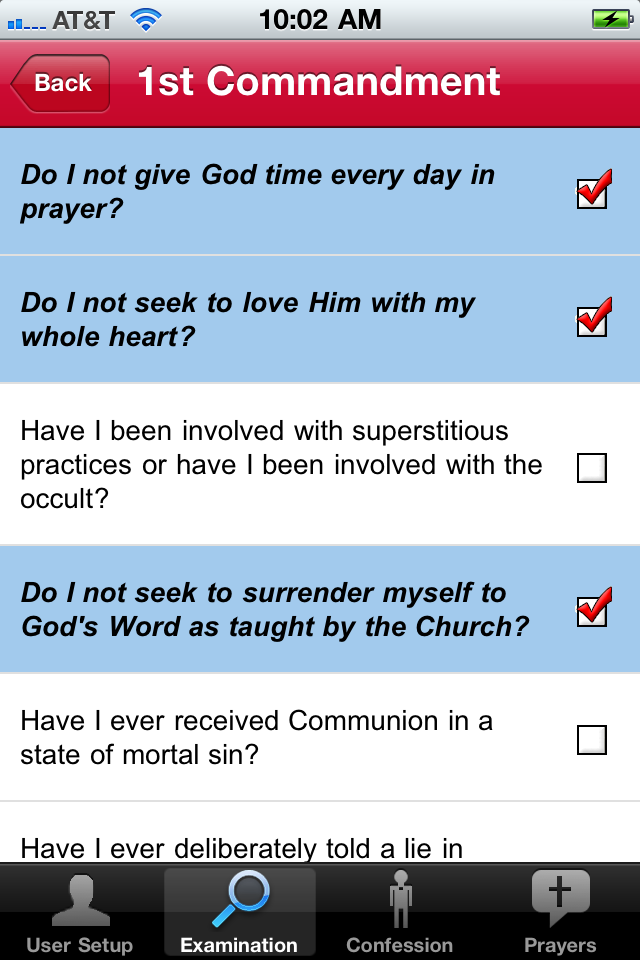 Just days after the release of an iOS app billed as ''the perfect aid for every penitent'', the Vatican has warned that confession via app is a no-go.

Confession: A Roman Catholic App, hit the App Store last week and offers a DIY approach to confession, allowing users to run through a list of commandments in order to identify their sins and even add their own.

The app has forced the Vatican to take a clear stance on ''digital confessions'', the AFP reports. Vatican spokesman Federico Lombardi said a face-to-face dialogue between faithful and their confessor could not be replaced by technology.

''It is essential to understand that the rites of penance require a personal dialogue between penitents and their confessor... It cannot be replaced by a computer application. I must stress to avoid all ambiguity, under no circumstance is it possible to 'confess by iPhone'," he said.

Developer Patrick Leinen of South Bend, Indiana-based company Little iApps said his app was inspired by Pope Benedict’s general prayer intention for January 2011, in which His Holiness urged young people ''to use modern means of social communication for their personal growth and to better prepare themselves to serve society''.

He also claimed the app received an "imprimatur" from Bishop Kevin C. Rhodes of the Diocese of Fort Wayne, suggesting it was approved by the Catholic Church.