The new AdDuplex report will be published tomorrow and it points toward the continuing growth of Windows Phone 8 and the importance of low-end high quality devices.

AdDuplex is an ad platform for Microsoft's Windows Phone and the present report was complied from data gathered over the course of a day from more than 500 applications that use the AdDuplex SDK. As such it can give us a broad overview of the state of Windows Phone and the companies involved with the OS.

We previously reported on the Lumia 920 being the most popular Windows Phone and it seems it's continuing to reign supreme though a new contender, the low-end Lumia 520, which is definitely making strides. This low-end device, sold in the US as the Lumia 521, has only been on the market for a month but it already accounts for 4.4% of global Windows Phone devices. That is very impressive for such a short length of time and with new reports of the phone selling out we are likely to see those numbers go up. 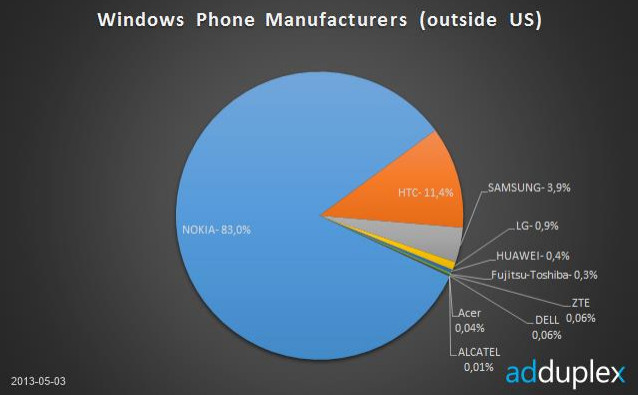 When it comes to OEMs, Nokia reigns supreme in the global Windows Phone ecosystem; but the picture becomes a bit more interesting when we focus on the U.S. Here we can see that Nokia has less of an advantage and that HTC is seeing some decent uptake at the expense of Samsung. Samsung, of course, has failed to garner much interest for its ATIV S line and it has made almost no effort at all to try and promote its Windows Phone products. 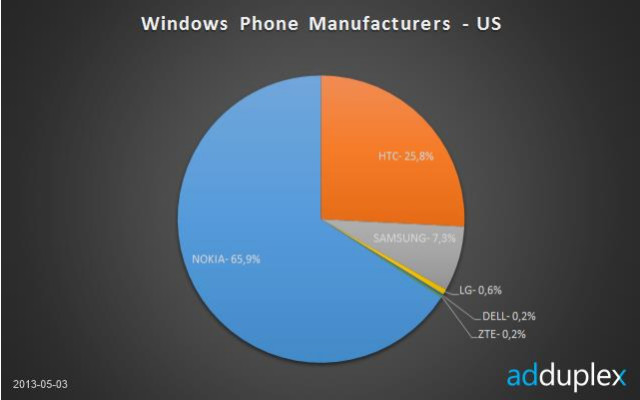 The report also shows that Windows Phone 8 nearly overtook WP7 in marketshare. The previous version of Windows Phone still holds over 50% of the market thanks in part to low-end devices such as the Lumia 610 and 510 that are being pushed in developing markets. However there are clear signs that Windows Phone 8 will overtake its older sibling in a short while. 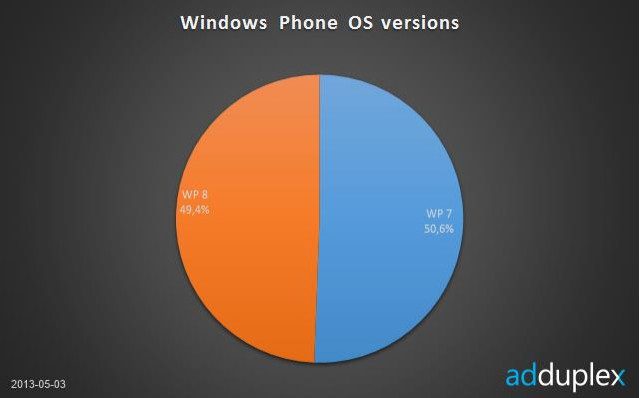 Finally the AdDuplex report also shows a few new devices in the analytics. We have a few Nokias under the monikers RM-910,RM-941 and RM-875. These may be local versions of existing devices. There's also a Samsung SPH-I800 that has a 720p screen and is most likely a version of the ATIV S.

On a much more interesting note Windows Phone 8.1 has also shown up on a few devices. These include the Nokia P4301 test device but also on some Lumia 920s and HTC 8Xs. It's obvious that Microsoft and its partners have started testing Windows Phone Blue but it will be a while before we actually see the update hit mainstream devices.

Be sure to check out the AdDuplex Blog for more info once the full report goes public. | Lumia 521 image via T-Mobile