AdDuplex released its monthly report today, showing Windows usage based on usage of apps that run the AdDuplex SDK v2 or higher on the day of December 27. AdDuplex runs on over 5,000 Microsoft Store apps. 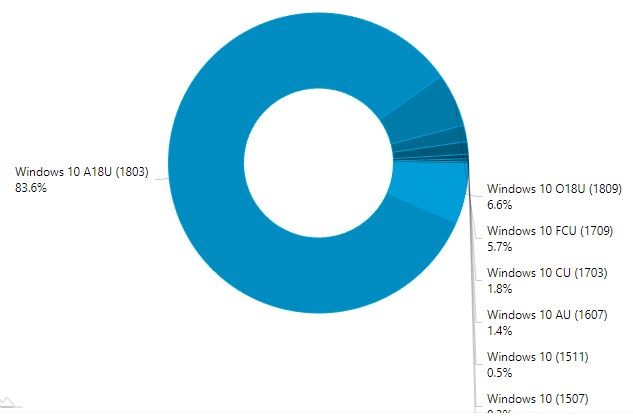 We can see that the Windows 10 October 2018 Update rollout has been the slowest in the history of Windows 10, despite it now being available for everyone. The feature update has been widely available for a month and a half now, after it was pulled from Windows Update for a month.

Finally, AdDuplex reported on Surface usage, with the Surface Pro 4 once again coming out on top. Rising stars on the list include the Surface Go and Surface Pro 6, with the Surface Laptop 2 still struggling to gain traction. These numbers are always interesting, as while Microsoft has introduced a number of new form factors with Surface, only one has proved to be particularly popular.