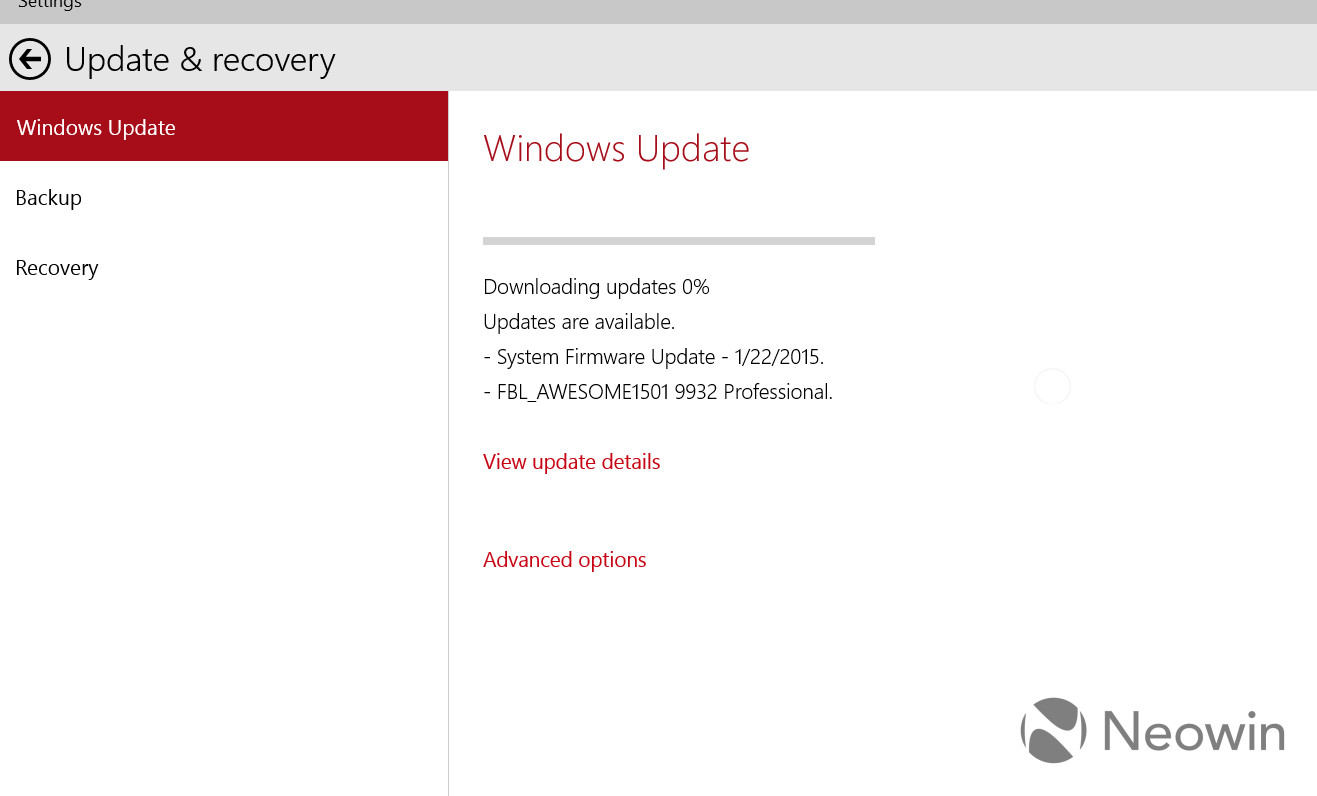 Microsoft pushed out a patch recently, likely in the past couple of hours, for build 9926 of Windows 10. After installing the patch (KB3035129), if you run Windows Update, you can now see a new build ready to be installed. Depending on which ring you are participating in for the Insiders program, fast ring users will see build 9932 and slow ring users will see 9931.

When you run Windows Update, it appears to download the build and does try to install the OS update but fails every time. We are not sure if this is a bug or if Microsoft is trying to push out a new build of the OS but it's quite clear that a lot of users are seeing these builds show up in Windows Update.

Also, after installing the patch, if you hit 'Advanced Options' you can now change the branch your build will receive updates from; this is also where you can change from slow to fast ring.

If you do download the patch and try to install the update, let us know in the comments below if it works for you because as of right now, it doesn't look like any users are having any luck installing the new build.

[Update] Head of the Insiders program, Gabe Aul, commented on the new build showing up and it looks like Microsoft goofed up here. This build is not intended to be exposed to those outside the company and for now, the download will not work for you.

@bc3tech @AnXboxDude @bdsams Yep, looks like this is on us - we're exposing some build offers that we shouldn't - sorry, only MSFT can get.