Considering the horrors of the recent Nvidia RTX 4090 power connector fiasco, potential buyers who are afraid of their cards burning up have been holding off to see what AMD will offer. The wait isn't long as Team Red has an announcement planned for November 3rd.

For those unware of the issue, a lot of Nvidia RTX 4090 12-pin connectors are breaking and in worst case scenarios, they are catching fire. 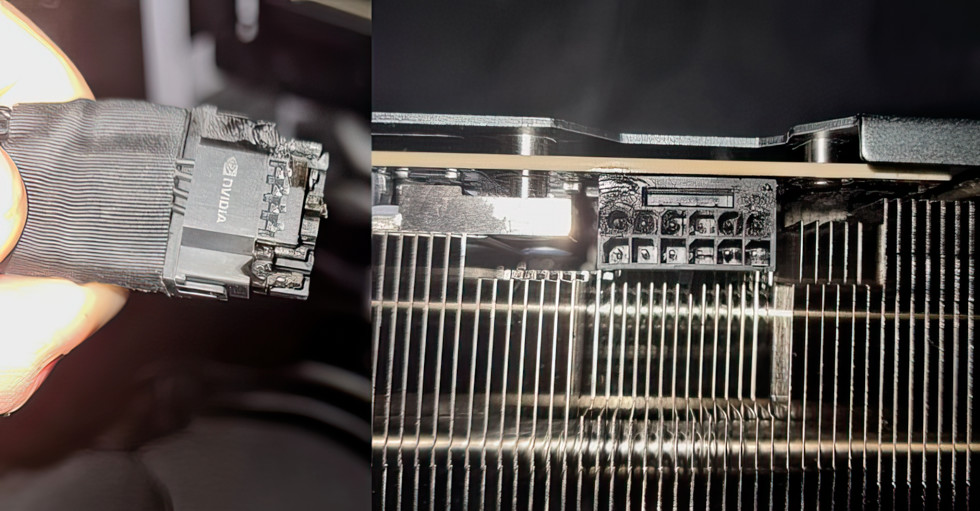 Thankfully for those too afraid to proceed with a 4090 purchase, AMD had already confirmed it is not going to be using this type of power connector due to the many hazards associated with it. The confirmation came via SVP and GM of AMD Radeon, Scott Herkelman:

The Radeon RX 6000 series and upcoming RDNA 3 GPUs will not use this power connector.

Hence with the launch nearly upon us and with official confirmation that no 12-pin will be present on next gen AMD cards, it was only a matter of time for the reference card designs to pop up. We have them now courtesy of Twitter user HXL. It looks like there are two card designs in question here with one of them using the typical cooler shroud with the "R" representing Radeon. The other one has an interesting logo though both of them seem to feature the same axial fan design.

Of course the more interesting thing is the apparent use of the more common dual 8-pin power connectors which is currently also present on RX 6000 series, just like Herkelman had said. This is the tried and tested method that works and it may be wise of AMD to be re-using this design. The dual 8-pins will be providing the AMD RDNA 3 reference GPU with a power headroom of 375W. This is far less than the 450W TGP (total graphics power) of the RTX 4090.