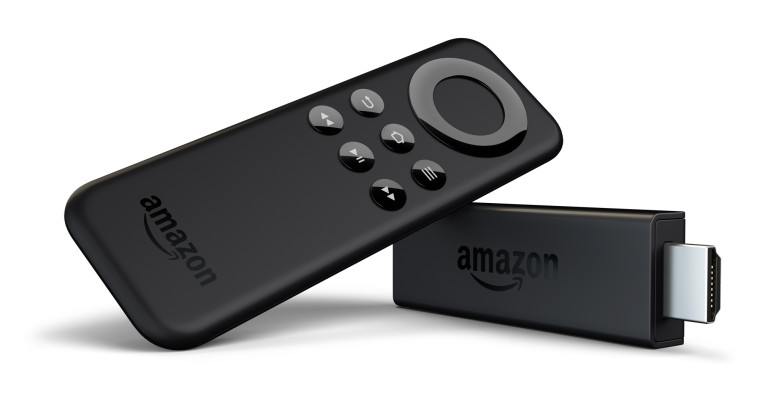 Amazon has been entering new markets at a fast and furious pace, and now it's looking to take on Google's Chromecast with an inexpensive HDMI streaming stick of its own, the Fire TV Stick.

Available for $20 for Amazon Prime until Wednesday, the Fire TV Stick is essentially a stripped-down version of the company's Fire TV set-top box. The interfaces of the two devices are virtually identical, and they also feature a similar remote remote. Unlike the Fire TV, however, the streaming stick won't be able to search titles by voice, an option its remote lacks.

Basic games will be playable on the streaming stick, with Amazon highlighting "Flappy Birds Family" and "You Don't Know Jack" as titles available in its digital store. The company is positioning the Fire TV as its gaming-focused device, however, saying "a broader selection of high performance games" is available for the set-top box.

Amazon is directly confronting Google with its store listing for the Fire TV Stick, noting that the 8GB of onboard storage and 1GB of memory easily outmatch the Chromecast in hardware categories. The company is also aggressively pricing the Fire TV Stick: After its $20 price for Prime members expires Wednesday, it will cost all users $39 – $4 more than the standard price of the Chromecast.