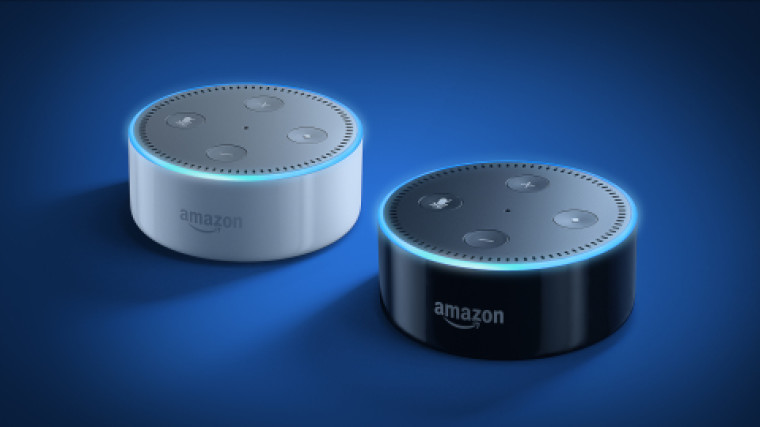 Amazon Echo, Amazon’s Alexa powered smart speaker was launched in 2014 and sparked a wave of ambient computing devices, starting mainly with connected speakers. Over the years, Alexa powered devices have increased in number and reach. Fast forward to 2017 and the company also brought to market devices with a screen, such as the Echo Show and Echo Spot. The goal, it seems, for Amazon is to place Alexa anywhere and everywhere possible. Voice-enabled connected devices are gradually becoming more ubiquitous, with Google and Apple following suit with their own smart speakers, wanting a share of the pie.

Today, a report from FactorDaily suggests that Amazon is testing a special range of Echo speakers in India that can be placed in cars, due for a global rollout later this year. According to the report, the in-car Echo speakers are also being tested simultaneously in other regions of the world. Unlike Amazon’s own efforts with Ford, this device will not tie into the UI of the car’s infotainment system.

According to sources familiar with the matter, the device will be a standalone speaker that will pair with your smartphone via Bluetooth and sit on the dashboard of the vehicle. The source adds that “you can drop into meetings, get directions, live traffic updates and all other Alexa skills” and that “the device will be like Echo Dot or even speakers from Ultimate Ears”. Currently, there are a few third-party speakers with Alexa built-in for the car, including ones from the likes of Garmin.

Amazon has been steadily releasing its products and services in India that have been available globally, such as the Echo and Prime Music. As per sources in the know, the products have been received better than expected, and hence, the company is seemingly encouraged to bring all of its products and offerings to the Indian subcontinent.

Specifics of how the said device would function, what other features it will come with and which markets it is expected to be offered in are still unknown. However, Spotify is set to announce some form of a car audio streaming device on April 24, and the company has also confirmed that it will be launching its service in India soon. As such, it will be interesting to see how and if Amazon’s offering differs from what Spotify releases to market.