Amazon has allowed users of its Amazon Prime service to stream a selection of movies and TV shows for the service's price of $79 a year since February 2011. However, that significant upfront price didn't directly compete with similar streaming businesses like Netflix or Hulu Plus, who have priced their own services at $7.99 a month. 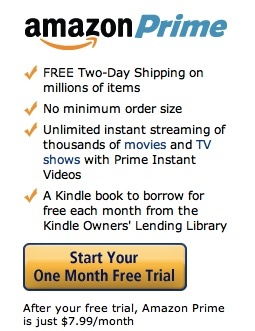 Now, it appears that Amazon is planning to compete more directly with its rivals' pricing. The site Hacking Netflix has spotted a $7.99 a month plan on the Amazon.com website. The plan retains the other aspects of Amazon Prime - namely, the free two-day shipping on most orders, no minimum order size and a free eBook you can borrow to read via Kindle.

Of course, Amazon Prime's $79 a year plan is technically cheaper than either Netflix or Hulu Plus over a 12 month period (you have to pay $95.88 a year with those two services). However, the ability to check out Amazon.com for at least a few months instead of committing to a year might be more attractive to consumers.

So far, Amazon has yet to officially say anything about a $7.99 a month Amazon Prime plan, but if they are testing this we should hear something about it very soon.