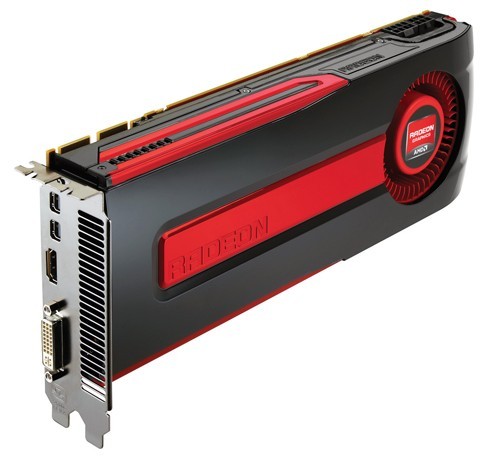 AMD is hoping to gain some points among hardcore PC users with its latest graphics card launch. Today the company officially revealed the Radeon HD 7970 which it claims is the world's fastest graphics card with a single GPU solution. It's also AMD's first graphics chip that was made under the new 28nm manufactoring process.

The hardware specs for the Radeon HD 7970 are pretty incredible. It has 3 GB of GDDR5 memory, support for PCI Express 3.0, support for DirectX 11.1 (coming in Windows 8), a clock speed of 925MHz, 2,048 Stream processors and more. It also has what AMD is calling its ZeroCore Power Technology which allows the graphics card to use much less power on your PC when not in full use.

So far the reviews of the Radeon HD 7970 from web sites like AnandTech, HardOCP and others seem to confirm AMD's hype that the graphics card will indeed be the fastest gamers can buy with just a single GPU. However it will be a costly purchase: AMD will launch the Radeon HD 7970 on January 9 for a whopping $549.