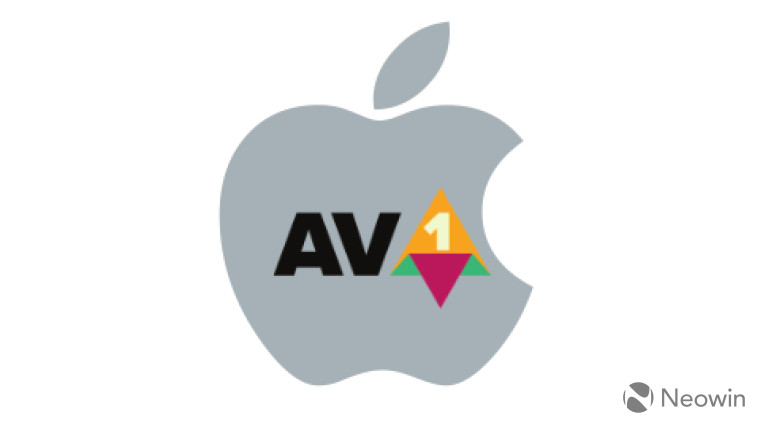 Apple recently launched its new M2 SoC, which is the direct successor to the last-gen M1. The chip will initially be making its way into the MacBook Air and the 13" MacBook Pro. The latter is codenamed "Mac14,7" and its performance leaked out a few days back in the form synthetic benchmark which suggests Apple isn't overstating its performance claims of the M2.

While that is indeed a good omen for those looking forward to M2-based products, one of the disappointing aspects of the M2 is the lack of AV1 codec support. The new chip supports up to 8K H.264 (AVC) and H.265 (HEVC), as well as its in-house ProRes video format for up to 8K playback.

This is despite Apple being a part of the Alliance for Open Media (AOMedia) consortium, which has been behind the AV1 codec since 2018.

However, all this could be set to change as Apple is seemingly working on AV1. This is suggested by changes spotted inside its AVFoundation's Core Media framework libraries with a new global variable listed as "kCMVideoCodecType_AV1".

You can find this in Apple's developer documentation here. For those wondering what AVFoundation is, it is basically Apple's framework for working with time-based audiovisual (AV) media (moving media) on the iOS, macOS, watchOS and tvOS. Hence, there may be broad support for AV1 finally coming to multiple Apple products throughout its ecosystem. If things materialize, this could be a major addition to Apple's arsenal as most of its competitors already support the codec. For example, Intel supports not just AV1 decoding but encoding too.

It will be interesting to see if Apple adds AV1 support to its new M2. Even if the chip lacks the necessary hardware, it will be great to see some form of software accelerated decoding.