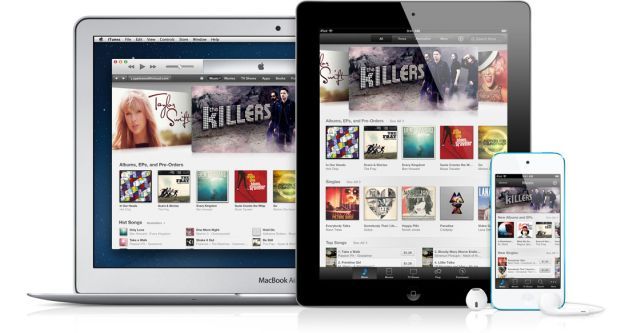 As part of its iPhone 5 press conference today, Apple officially revealed an upcoming redesign of its iTunes audio and video content store for the iPad and iPhone devices, along with a new design for Windows and Mac OS X PCs.

Apple's website shows off the new version of iTunes (version number 11) which will have a new UI that will show off more of your audio and video collection. The redesign also allows users to see more information on each music album with an expanded view. The site states:

That means you can see all the songs on the album, click Play, and keep right on browsing without having to click back to your library. You'll also see In the Store recommendations for similar albums you'll want to check out.

There's also a new iTunes mini-player, along with a History feature that gives users quick access to any song or video they recently checked out.

The revamped iTunes will be included as part of the iOS 6 update for the iPhone and iPad products on September 19th. The desktop client for Windows and Mac OS X PCs won't be available to download until sometime in October. Update: Apparently the Mac and 32-bit version of iTunes 10.7 is ready to download now, although the Windows 64-bit version is still showing the older build. iTunes 11 still wont be available until October.