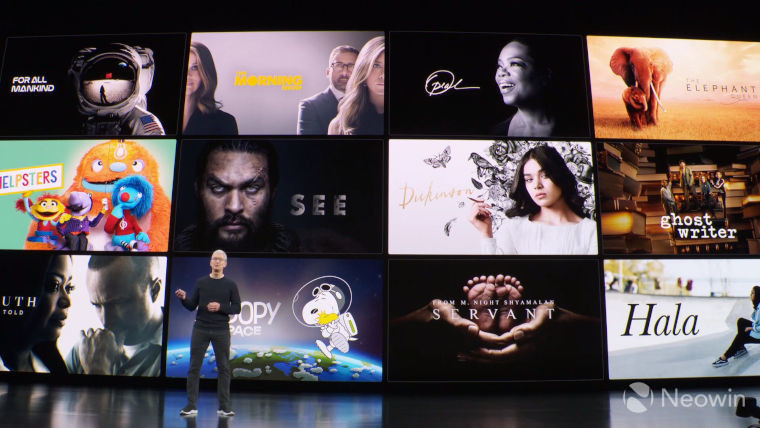 Apple TV+ is reportedly joining Netflix, YouTube, and Amazon Prime in a collective move to ease network strain in Europe as people stay or work from home to prevent the spread of coronavirus (COVID-19). The subscription service now seems to be streaming videos with "resolutions as low as 670 pixels tall", according to 9to5Mac.

The news outlet reports that unlike its rivals like Prime and Netflix, Apple TV+ is greatly reducing the quality of its streams in an aggressive manner, with heavy compression and visible "blocky artifacts". It is in stark contrast with the service's original streaming quality of up to 4K when it launched earlier last year. Meanwhile, Prime and Netflix are still apparently serving HD streams, the report notes.

Notwithstanding, it's likely that Apple TV+ could increase the bit rate of its streaming a little in the coming weeks. The recent move by streaming providers to reduce their streaming quality is in response to a call by the European Union for everyone to help lessen the strain on internet networks amid the coronavirus fallout. It's also possible that the degradation in stream quality of Apple TV+ could be implemented in other markets as well.