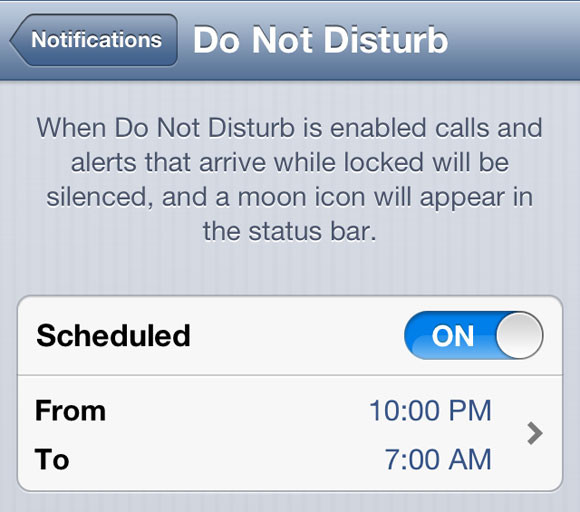 Yesterday, iOS 6 users found out that the new year introduced a minor bug in Apple's mobile operating system. The 'Do Not Disturb' feature, which lets users silence calls and alerts at scheduled times, will not turn off automatically. A quick workaround is to manually turn the feature on and off.

So what's Apple's solution for this problem? Wait until it resolves itself. The company published a support article on their website stating normal functionality will be resumed after January 7:

Symptoms
After January 1st, 2013, Do Not Disturb mode stays on past its scheduled end time.

It's understandable that the developers at Apple chose to just wait, rather than to develop and test and a new bug fix release of iOS after they found out the situation resolves automatically in five days. Still, users are likely not amused by the bug and Apple's solution.