For the world’s most valuable company, sitting on vast cash reserves exceeding $117bn, amassed by selling consumer technologies at premium prices, nobody would blame you for assuming that Apple is driven by an insatiable desire to make money, lots and lots of money. But that assumption, it seems, is wide of the mark.

Indeed, coming off the back of another $8.8bn in profits last quarter, it’s hard to get away from the idea of the financial imperative, but Apple’s design chief, Sir Jonathan Ive, insists that that could not be further from the truth. Speaking at a conference in London this week, he said: “Our goal isn’t to make money. Our goal absolutely at Apple is not to make money. This may sound a little flippant, but it’s the truth.” 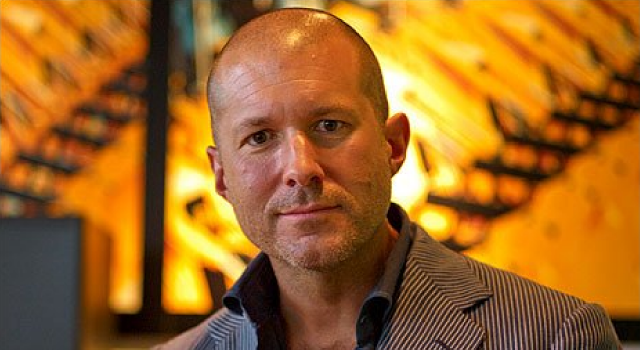 Pretty unequivocal then. So if money doesn’t get the blood pumping through Apple’s veins, what does? “Our goal and what gets us excited is to try to make great products. We trust that if we are successful, people will like them, and if we are operationally competent, we will make revenue, but we are very clear about our goal.”

Sir Jonathan – better known within the tech community as Jony – joined Apple in 1992, and is credited with overseeing the design of its most important products, including the iPad and iPhone. But his early years at the company were during some of its most tumultuous times. As The Telegraph noted, Ive credited much of Apple’s success, and its ability to emerge from those dark days, on the company’s focus on product rather than profit, under the guidance of the late Steve Jobs.

If there's an iPad Mini on the way, don't expect it to arrive until it's "great", not just "competent".

“Apple was very close to bankruptcy and to irrelevance [but] you learn a lot about life through death,” Ive told the London conference delegates, “and I learnt a lot about vital corporations by experiencing a non-vital corporation. You would have thought that, when what stands between you and bankruptcy is money, your focus would be on making some money, but that was not [Jobs’] preoccupation. His observation was that the products weren’t good enough and his resolve was, we need to make better products. That stood in stark contrast to the previous attempts to turn the company around.”

Apple’s continuing success, he asserts, comes from its resolve in refusing to accept merely “competent” products, and striving instead to create “great” ones. Ive revealed that this ethos was particularly problematic during the iPhone’s development, when the company just couldn’t get the device’s face detection system to work properly: “There were multiple times when we nearly shelved the phone because there were multiple problems. I hold the phone to my ear and my ear dials a number. The challenge is that you have to develop all sort of ear shapes, chin shapes, skin colour, hair-do… it seemed insurmountable.”

Whether or not you choose to accept Sir Jonathan's assertions that money doesn't matter to Apple will come down to personal opinion of course, but there's surely one thing that we can all agree on: there's something delightful about learning that the mighty iPhone was almost defeated by an ear.