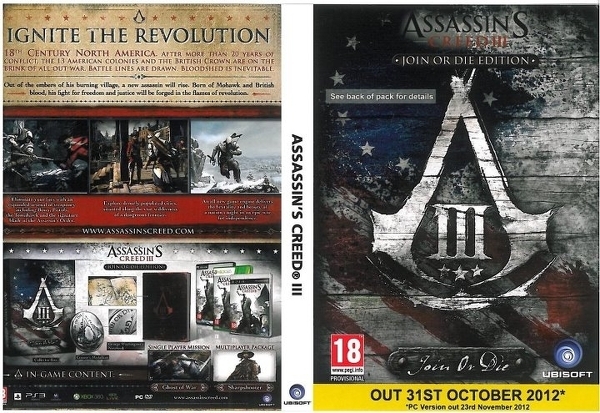 Not really much to say here, except that previous rumors speculating that the PC version of Assassin's Creed III has been delayed are in fact true. While the specific rumored date of November 23 for the PC release - seen above in a leaked game cover - has not been confirmed, today at Comic-Con Ubisoft creative lead Alex Hutchinson mentioned the PC version will be available before Christmas and near the console release date.