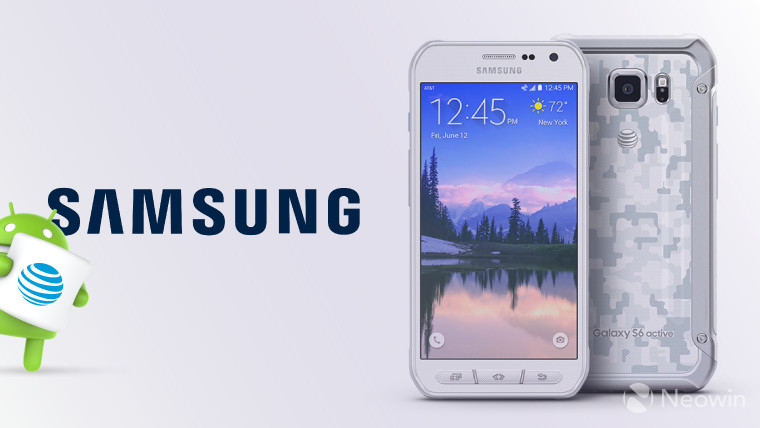 Few companies deserve much praise for the speed of their Marshmallow rollouts, but among the major US carriers, AT&T has been particularly poor in updating its handsets.

Last month, it released Marshmallow for the Samsung Galaxy Note 5 and S6 edge+, three months after its rival US carriers began upgrading those devices. And following weeks of complaints from its customers earlier this year, it eventually upgraded its Galaxy S6 and S6 edge, three months after the rollout started elsewhere.

It's now been nine months since Google originally released Marshmallow, and AT&T is finally getting around to releasing Android 6.0.1 for the Galaxy S6 active - the 'ruggedized' version of the Galaxy S6, which it launched exclusively over a year ago.

Along with the standard improvements that come with Marshmallow - and Samsung's various additions, such as its TouchWiz interface - AT&T's update for the S6 active also includes support for Wi-Fi calling. The carrier announced last month that it would bring Wi-Fi calling to "select Android devices", the first of which was the LG G4.

A few weeks ago, AT&T exclusively launched the new Galaxy S7 active with Android 6.0.1 Marshmallow pre-installed. Google has said that Android 7.0 Nougat will arrive this summer, but given AT&T's track record with upgrading its devices, don't expect to see Nougat on the S7 active until sometime in 2017.