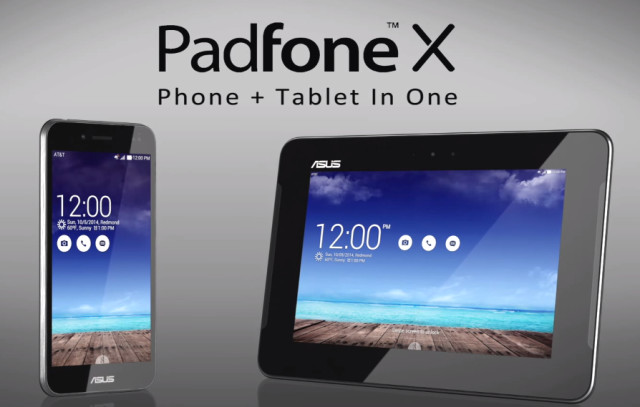 During CES 2014, AT&T and ASUS announced the PadFone X. But, nearly six months have passed and we have yet to see this device on the market.  While details about the upcoming device have been scarce, AT&T finally debuted the PadFone X’s specifications late last month.

The PadFone X will launch with:

While the design and concept are interesting, one has to wonder whether this device will be relevant due to the increased popularity of phablet devices. While other companies have abandoned this approach, ASUS has been persistent in sticking to its formula of creating two separate devices that can merge into one.

The PadFone X will be a newly re-designed, tablet + phone device and will be the ASUS’s third iteration in the PadFone series. Currently, the PadFone X is still without a release date.