Neowin was first to exclusively reveal that the Lumia 830 was heading to AT&T - long before the 830 had even been announced, in fact. More recently, reports had indicated that AT&T was planning to launch the device on November 7 - and those reports turned out to be absolutely right. 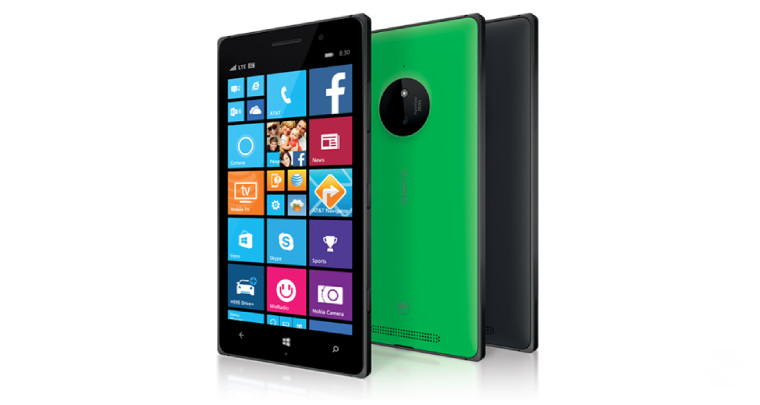 Today, AT&T announced that it will indeed launch the Lumia 830 on November 7 and, as you may have noticed from the image above, it sports a distinctive new look, with dark metallic frames, rather than the lighter metal version seen on other 830s. The green hue of the rear polycarbonate plate also appears darker and more somber than the much brighter green version on sale elsewhere.

Key features of the Lumia 830 include:

AT&T is selling the Lumia 830 for $99.99 on a two-year plan, or $0 down on its AT&T Next plans. Alternatively, you can pick up the handset off-contract for $449.99. For a limited time, and while supplies last, AT&T is also giving customers who buy a Lumia 830 a free Fitbit Flex activity and sleep-tracking wristband worth $99.99, which has a companion Windows Phone app.

The Lumia 830 has been priced well above expectations - remember, this is supposed to be what Microsoft calls its "affordable flagship" and yet, as Windows Central Editor-in-Chief Daniel Rubino pointed out, $450 is the same price at which AT&T launched the Lumia 920 - a device from the class above the 830.

Consider too what Microsoft-following journalist Paul Thurrott said on the matter of the 830's pricing, when he noted that Google's Nexus 5 - a device that he calls "a real flagship" - launched for a hundred bucks less at $350.

By comparison, the still high-end Nexus 5 launched at $350. That was a real flagship. Still is, really.

Other devices now on sale at AT&T around the same price as the $450 Lumia 830 include the Apple iPhone 5c, Samsung Galaxy S4 and Motorola Moto X (first-gen) - two very desirable devices as far as many consumers go, which could make the 830 something of a tough sell in the same price range.

Still, if the price hasn't put you off and you're still considering buying a Lumia 830 from AT&T, be sure to check out this article taking a closer look at the device, along with our first impressions while testing it ahead of our full review.