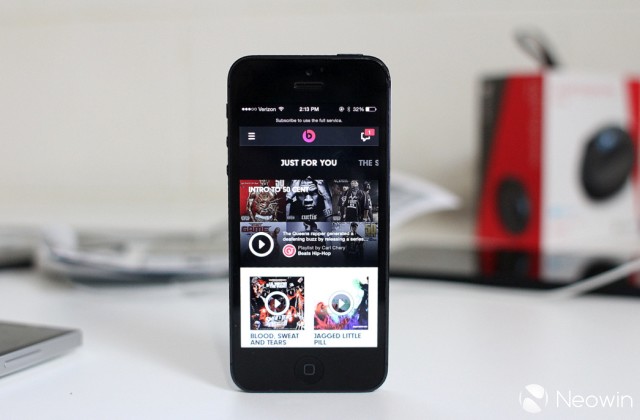 A royalty report leaked to music blog Trichordist (via The Guardian) shows that Beats Music, the streaming service linked to Beats headphones, has just 110,000 subscribers as of March. Since its US launch in January, the service has added 61,621 family accounts (which can stream music on up to five devices) and 49,371 single-user accounts.

As AT&T offers a 90-day trial when you sign up to Beats Music on an AT&T device, it is unclear how many of these users are actually paying the $9.99/month for an individual account or $14.99 for a family account. It is worth noting that these figures predate the addition of an in-app purchase option on iOS. It is also worth nothing the engagement of users: 116.4 million songs were played by the 49,371 individual subscribers which is roughly 76 per day. While Spotify or Rdio do not release such numbers, it is safe to say that these numbers are very higher and show that the customer base is very loyal to the service.

The royalties paid by Beats Music are also very small compared to industry standards, with artists receiving just $0.000126 per song. In comparison, Spotify pays $0.006 and $0.0084 per play. The low royalty rate juxtaposes the claim that Beats Music is artist-friendly.

Source: Trichordist (via The Guardian)