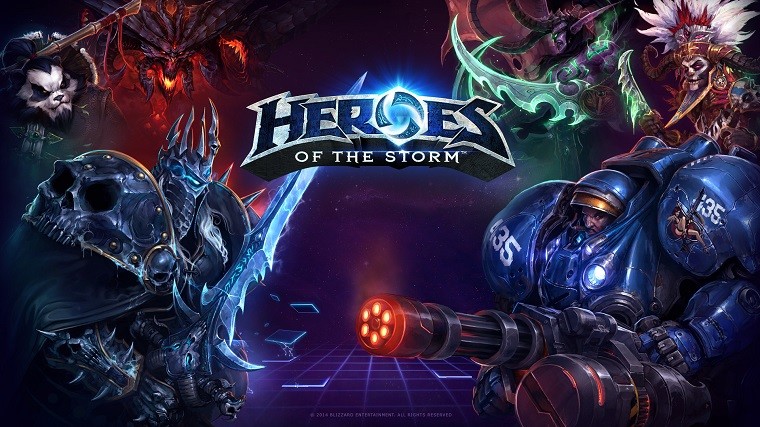 Blizzard's in-house MOBA, Heroes of the Storm, has finally received a firm release date and will be available to everyone on June 2nd.

Heroes of the Storm has been one of the most long-awaited titles in the MOBA genre, and the game itself has been in testing for a long time. Originally released to a very few number of people, including high-profile YouTubers, the game has gradually opened up to more and more beta testers around the world. There will be an open beta period starting on May the 20th so everyone can try out the game before the official launch date of June 2nd.

Working with its own iconic IP, Blizzard has managed to finally come full circle and launch its own multiplayer online battle arena, after the first Dota game was originally created on its Warcraft 3 Map Editor.

Come this June, players will be able to pick a hero from the Diablo, Starcraft, Warcraft and even Lost Vikings universes and fight alongside a 5-player team to dominate the opposing side, by using skill, tactics and map mechanics.

To celebrate the launch Blizzard will be hosting a special event in London on the 1st of June, which will be livestreamed online. There aren't any other details just yet, but we're sure to learn more as get closer to the launch date.