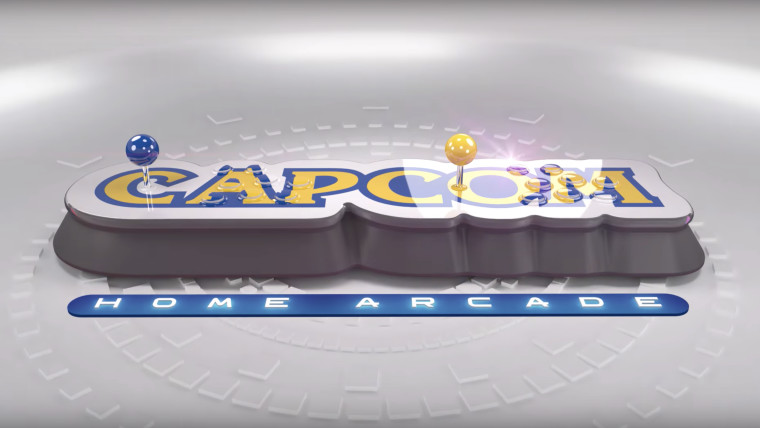 The fervor for retro consoles has died down quite a bit but that hasn't stopped companies from releasing new ones. As we wait for Sega's entry into the world of retro, it looks like Capcom is the latest to throw its hat into the ring, offering up the Home Arcade.

The Home Arcade is quite different from its competitors' offerings, making use of a design that is reminiscent of the top of an arcade cabinet. It proudly has the firm's duotone logo emblazoned on the top and makes use of some quality parts, utilizing Sanwa's JLF-TP-8YT sticks with 8-way GT-Y directional gates and Sanwa OBSF buttons.

The device will have 16 games taken from Capcom's CPS1 and CPS2 arcade systems, which you can find the full list of included games as follows:

Capcom also touts that you will be able to play with friends online via Wi-Fi, either in co-op or head-to-head battles and also upload high scores to its "Worldwide High Score Leaderboard". The device will be powered through Micro USB and will have a full-sized HDMI output port. While of this looks enticing for a retro game fan, the price might be a bit hard to swallow, as it is now up for pre-order for €229.99 or around $259 USD.

For fans of emulation, this kind of device isn't new, as third-party manufacturers have been making such products for quite some time. In fact, Pandora is probably one of the better-known brands that has been producing this style of retro arcade cabinet, even offering new boards every so often with updated specifications and games. Of course, the legitimacy of Pandora and similar units come to mind, along with the quality of construction. But, if you want to get the real deal, Capcom will make its Home Arcade available in October, showing that there is always a price to pay for the genuine article.

Source: Capcom via The Verge