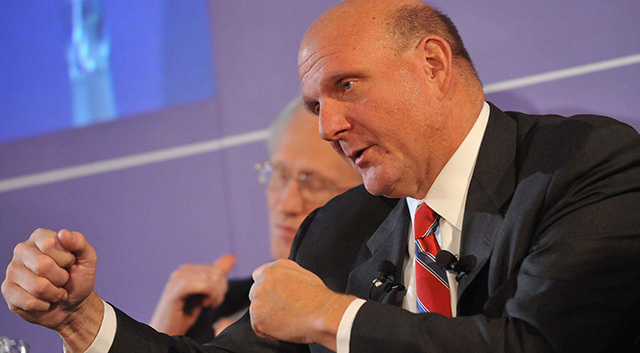 Android is free? Not if you ask the currently fourth-place player in the mobile market: Microsoft. Microsoft chief Steve Ballmer hinted at this notion last October, stating at Android had "patent fees." Yes, just as Oracle is currently attempting to do in their patent infringement lawsuits against Google, Microsoft has already had success in cashing in a settlement with a prominent Android (and Windows Phone 7) handset manufacturer - HTC.

According to a report by Citi analyst Walter Pritchard (via BusinessInsider), HTC pays Microsoft $5 per Android handset thanks to a patent settlement reached with HTC back in April 2010. HTC's not the only manufacturer targeted, as Microsoft is going after other Android manufacturers and demanding $7.50 to $12.50 per device.

The report also states that Android handset manufacturers have roughly 10% to 15% operating margins, with riskier figures for Android tablet makers at 2% to 3%. Android may have a healthy presence in the mobile phone market, but the tablets are a distant second to Apple's iPads. As Microsoft, Oracle, and Apple chip away at Google over patent infringement claims, any settlements will chip away at the already paltry operating margins for Android tablets.

As a result, Microsoft stands to gain the most from any patent litigation, as they work towards improving Windows Phone 7's presence with the recent "Mango" update and their plans to adapt the next version of Windows for tablets.

Thanks Mephistopheles for the tip in the forums!