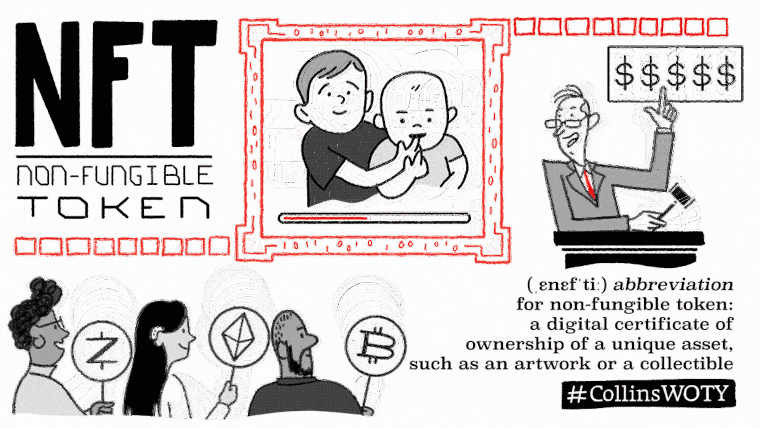 The UK-based dictionary company, Collins, has released its shortlist of popular words for 2021. It said the word that topped the shortlist to become the word of the year was NFT, an abbreviation of non-fungible token, as it has been all over the news this year and caught the interest of the public.

New blockchain-based technologies are not exactly the easiest things to explain and that includes NFTs. With all these shortlisted words, Collins has provided an easy to understand definition. For NFT, it says:

1. non-fungible token: a unique digital certificate, registered in a blockchain, that is used to record ownership of an asset such as an artwork or a collectible

2. an asset whose ownership is recorded by means of a non-fungible token

the artist sold the work as an NFT

Other technology-related words that made its shortlist were Crypto and Metaverse, the latter of which found new attention just last month when Facebook changed its name to Meta. The definition for Crypto is:

While the definition it gives for Metaverse is as follows:

1. a proposed version of the internet that incorporates three-dimensional virtual environments

2. a three-dimensional virtual world, esp in an online role-playing game

3. the universe as portrayed in a given work of fiction

Aside from these three technology-related words, Collins’ shortlist also features words to do with other popular topics this year. They include double-vaxxed, hybrid working, pingdemic, and climate anxiety.

Finally, there were three words pertaining to culture, these included Neopronoun, Regencycore, and cheugy.