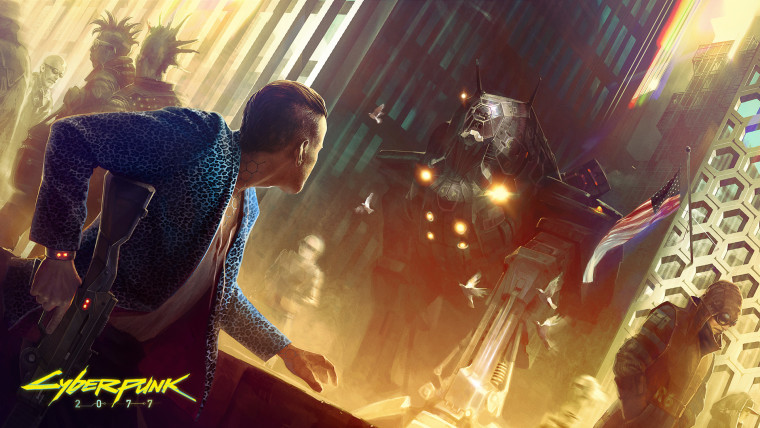 While Reddit is having a field day in its crusade against EA for its gross misuse of micro-transactions, and unlockables in Star Wars: Battlefront 2, CD Projekt, the darling of the gaming world, has expressed intent on bringing online elements to the upcoming Cyberpunk 2077.

Even though we barely know anything about Cyberpunk 2077 beyond the name and the assumption that it could be amazing, it has been rumored that the game could feature some form of multiplayer, after CD Projekt applied for 'seamless multiplayer' grants in Poland. In a recent interview, Adam Kiciński, CEO of the developer behind the blockbuster hit The Witcher 3: Wild Hunt, spoke to Polish investor site Strefa Inwestorow about how the company aims to ensure that its upcoming game survives in a market where online-only games usually dominate.

Kiciński, understandably tight-lipped about the upcoming game, noted that the online components in a game is necessary to ensure long-term success, confirming that Cyberpunk would have 'some form of online element':

"We want to experiment in new fields that were not yet explored in The Witcher, I can’t say much about Cyberpunk, although our ambitions are set really high because that is our style of work. We want to go even higher, and especially seeing how we’re having a business chat, we’re interested in Cyberpunk being commercially even more significant."

As for what these 'online elements' will be is anyone's guess - we can only hope that the developer learned from EA's recent lessons.

Earlier this year CD Projekt found itself in the midst of controversy after several Glassdoor reviews pointed out that working for the company was less than satisfactory, bringing into question the state of Cyberpunk's development. The developer quickly doused these flames, saying in an official statement that 'silence is the cost of making a great game'. Furthermore, it assured eager fans that the game's development was progressing as planned.

Cyberpunk 2077 is widely expected to launch within the next two years and is based on - what can be elaborated from trailers - a Deus Ex-style purge of augmented humans.