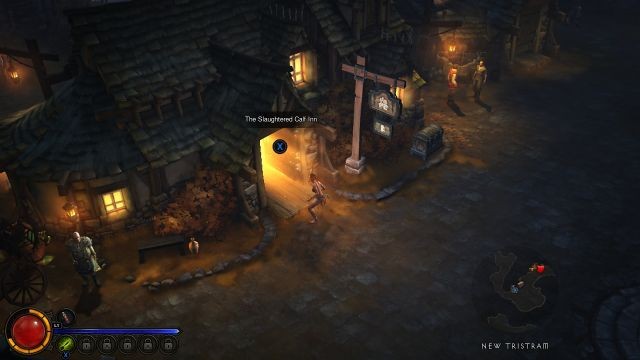 "Diablo III" will be released for both the PlayStation 3 and Xbox 360 on Sept. 3.

Earlier this year, Blizzard announced that its popular PC role-playing game "Diablo III" would make its way to the PlayStation 3, though the company remained cagey on whether it would also be released for Microsoft's console. Today it confirmed "Diablo III" will be coming to both the PS3 and Xbox 360 on Sept. 3.

Blizzard announced the game's development for the 360 in a press release on its website, noting that the game will have the typical $59.99 retail price for both consoles when it's released. The game can be pre-ordered from Amazon, GameStop and Walmart from its official website. A co-op mode will be available via split-screen on both consoles or online over PlayStation Network or Xbox Live.

When Sony announced its upcoming PlayStation 4 console on Feb. 20, Blizzard made the surprise announcement that the game was coming to both it and the PS3. The company never directly addressed whether it would come to Microsoft's console, and it hasn't announced whether it will come to the recently announced Xbox One.

"Diablo III" for the PC was well received by critics, receiving an aggregate score of 88 out of 100 on Metacritic and 87.64 percent on GameRankings. When the game was released for PC on May 15, 2012, it became the fastest-selling computer game of all time, according to Blizzard.