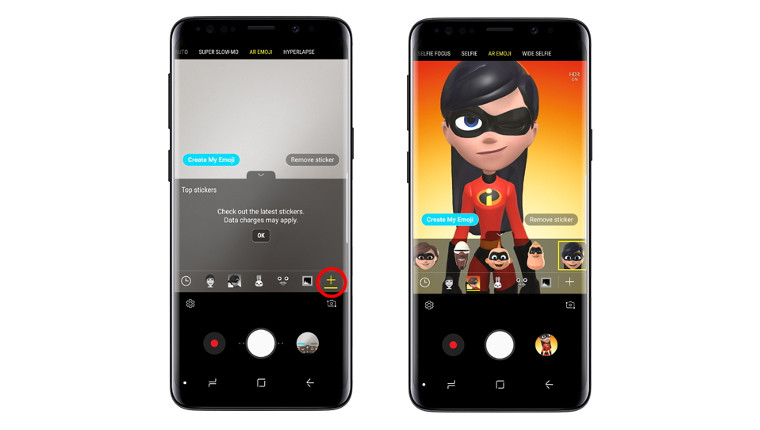 Disney and Samsung have teamed up again in order to bring the Incredibles family and their friend, Frozone, to the Samsung Galaxy S9 and S9+ as AR Emoji. The six new characters join the already available Disney classics Mickey Mouse, Minnie Mouse, and Donald Duck.

Accessing the new emoji is simple enough, just access the camera’s AR Emoji mode, press the plus icon on the lower right-side, and select the Incredibles AR Emoji pack from the Galaxy App Store. As the emoji are built using augmented reality tech they will mimic the facial expressions that you make at the camera.

The launch of the new emoji comes ahead of the sequel to The Incredibles, which is due to land in cinemas around the world on June 15. The Korean phone maker said that it and Disney have more AR Emoji packs in the works and that they will arrive on the platform “soon”. Disney has a plethora of films coming over the next few years so there are many characters for Samsung to choose from to emojify.

Let us know in the comments what you think about the AR Emoji on the flagship Galaxy phones, are you a fan or are they just gimmicky?