The massive fund raising journey that is the Double Fine "point-and-click" adventure game project on the Kickstarter web site has come to an end. As of the project's deadline at 8 pm Eastern Time tonight the project has raised a grand total of $3,335,325 from over 87,000 backers. The original goal of $400,000 was raised in just the first eight hours.

Double Fine made one last big effort to raise as much money as possible for their game and indeed in just the last 48 hours the Kickstarter web site raised another $600,000. As we have reported before, Double Fine has already pledged to use the extra money to help develop the still untitled game even more, along with adding more platforms such as Mac and Linux along with more languages. 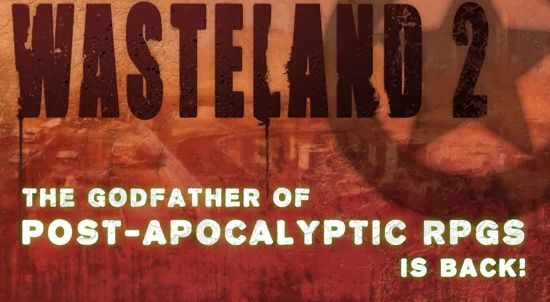 Meanwhile as one big Kickstarter project was ending, another major game developer was starting its own fund raising effort. InXile Entertainment, which has developed games such as The Bard's Tale and 2011's action-RPG game Hunted: The Demon's Forge, has launched their project on the Kickstarter web site to help fund Wasteland 2.

The original Wasteland was a post-apocalypse themed RPG with some tactical elements. It was developed by Interplay and published by Electronic Arts in 1988 and is considered to be a huge influence on the Fallout series which Interplay released in the 1990s. inXile founder Brian Fargo was also a founder at Interplay and got the rights back to the game from EA.

Now inXile is asking for people to donate their money to help fund the long awaited sequel.  The Kickstarter page says that the original game's designers, Alan Pavlish and Mike Stackpole, will return for Wasteland 2 along with a number of the original game's team members.

The goal is to raise $900,000 to fund Wasteland 2 by April 17 with Fargo planning to offer another $100,000 by himself, making the game's full budget at $1 million. As of the time of this writing the Kickstarter page shows that inXile has already raised about $400,000 in less than a day.