In the world of PC game clients, it is now EA's turn to upgrade its own service. The Origin client is being rebuilt behind the scenes to offer a more modern experience, and a beta for it will soon be kicking off, though it will be gated behind Origin Access at first.

There is now an Origin Beta EA page that offers a glimpse at what the new client will look like. Keep in mind that this could be an early mock-up and the actual release may look different. As seen in the image above, there are some heavy similarities to the old client, such as having two sidebars, but what's displayed on them and the overall design has changed.

It's apparent that a much darker color scheme will be coming to client with the beta, shedding the largely white and gray design that's available currently. Meanwhile, the left sidebar looks to be losing the global search functionality, and the usual cluttered offering of links is being condensed to simply displaying Browse and My Collection. A new 'Recently Played' section now occupies this sidebar too, joined by a playtime monitor and the familiar download queue at the bottom.

The right sidebar looks pretty much identical to the friends list that's being offered in the current client, though like everything else, it has become much darker. However, it may be losing the minimize and popout abilities, as those buttons are nowhere to be seen in the new client's promo image. 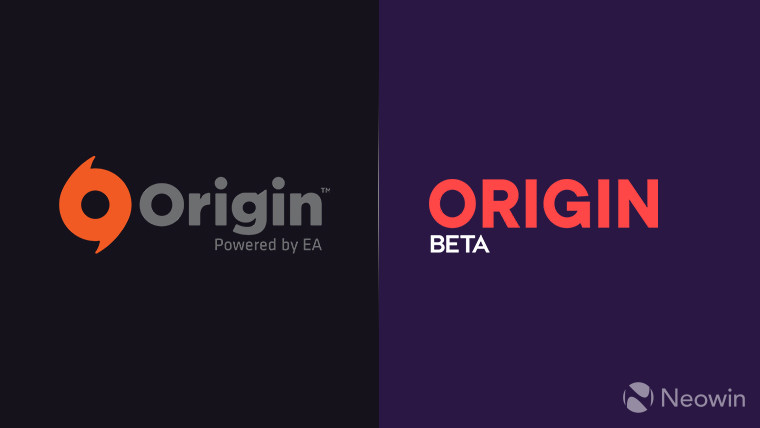 The Origin logo and lettering is being changed as well, now coming in with a vibrant reddish pink color, fully capitalized wording, along with less pronounced pointy bits on the logo symbol itself - as seen on the top client image. Moreover, aside from the client, the Origin store itself seems to be taking the darker color scheme on board, while also going for a cleaner tile approach to displaying its wares.

The new Origin Beta is slated to roll out in the coming weeks, and Origin Access subscribers can now sign up to participate - if they haven't already received an invite through email. Once testing starts, it will be interesting to see what changes and new features the beta version will bring to the software, other than a change in look.