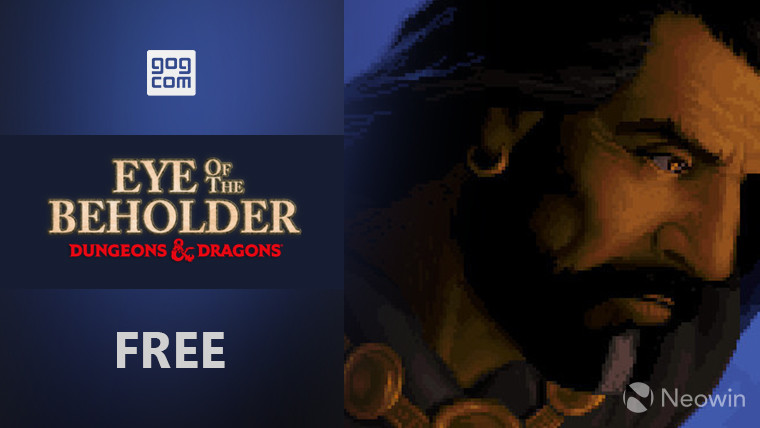 Hot off the heels of its Summer Sale, which featured Total Annihilation: Commander Pack and Hitman: Absolution as giveaways, you'd think GOG would take it easy with the freebies. That however, is not the case.

In addition to the Witcher 3: Wild Hunt giveaway that's being done via GOG Galaxy 2.0 - if you own the game on Steam, Origin, Epic Games Store, Xbox One, or PlayStation 4 -, the DRM-free storefront is now giving you the ability to claim the Eye of the Beholder Trilogy for free for the next two days.

In case you're not familiar, the Eye of the Beholder trio of games is a first-person real-time RPG series, with an original story set in the Forgotten Realms universe. Based on the Advanced Dungeons & Dragons 2nd Edition rules, the first two games were developed by Westwood Studios and published by Strategic Simulations, Inc, - better known as SSI -, both in 1991. The third game in the trilogy was developed in-house by SSI and released in 1993.

To claim this, you simply need to head over to the homepage and click the 'Get it FREE' button in the banner at the top of the page. The giveaway lasts until June 19 at 5 PM UTC - that's 10AM PT, 1PM ET in the States.

In addition to the freebie, there's also a Dungeons & Dragons Special Sale, lasting until June 25 at 5PM UTC, during which you can pick up Baldur's Gate: Enhanced Edition for 50% off, Neverwinter Nights: Enhanced Edtion for 75% off, and much more. Here's a handy collection for your perusal.