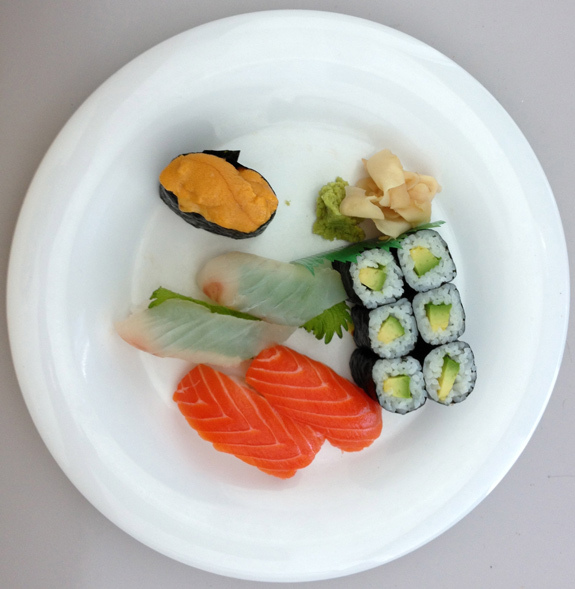 Apple engineers haven't had the best of luck lately. After one left their phone in a San Francisco bar, another has now posted a photo to his Flickr account that evidence suggests came from the new iPhone. Although the original photo has now been pulled, Pocketnow.com managed to grab the original beforehand. EXIF data shows the phone it was taken on was indeed an iPhone, but digging deeper reveals a few key differences.

So, what can we find out from this delicious-looking picture of someone's lunch? For a start, Apple takes good care of their engineers. Another thing we can see is that it's clearly been cropped first, as iPhone photos don't come out almost-square. Going by the original, it was cropped to 2235x2291 (5.12 megapixels), down from a much larger 3264x2448. Those quick on their maths (or those who read this article's excerpt) will see that it equates to roughly eight megapixels - lining up with some of the rumours floating around that the iPhone 5 will have an eight-megapixel camera.

The lens itself is recorded in the EXIF data as a 4.3mm lens with an F-stop of 2.4 (for comparison's sake, the iPhone 4 has a 3.85mm f/2.8). Apple made a conscious effort in the iPhone 4's marketing to draw attention to the new camera, so Apple definitely considers taking high-quality photos on the go to be a key selling point. The only question now is how reliable the image data is, as this wouldn't be the first time someone faked a photo's EXIF data. Either way, the fact that it came from an employee's phone gives this leak more credibility than the usual "heard-it-from-my-uncle's-daughter's-husband" story.