Brand new trackers around the world are making spirits bright today! There’s nothing quite like day one.????

While it is no secret that Fitbit currently dominates the wearable market with its fitness tracking devices, it may be doing even better during this holiday season. If you look at the company's health tracking app, it has jumped straight to the top of Apple's App Store free app chart on the afternoon of Dec. 25. 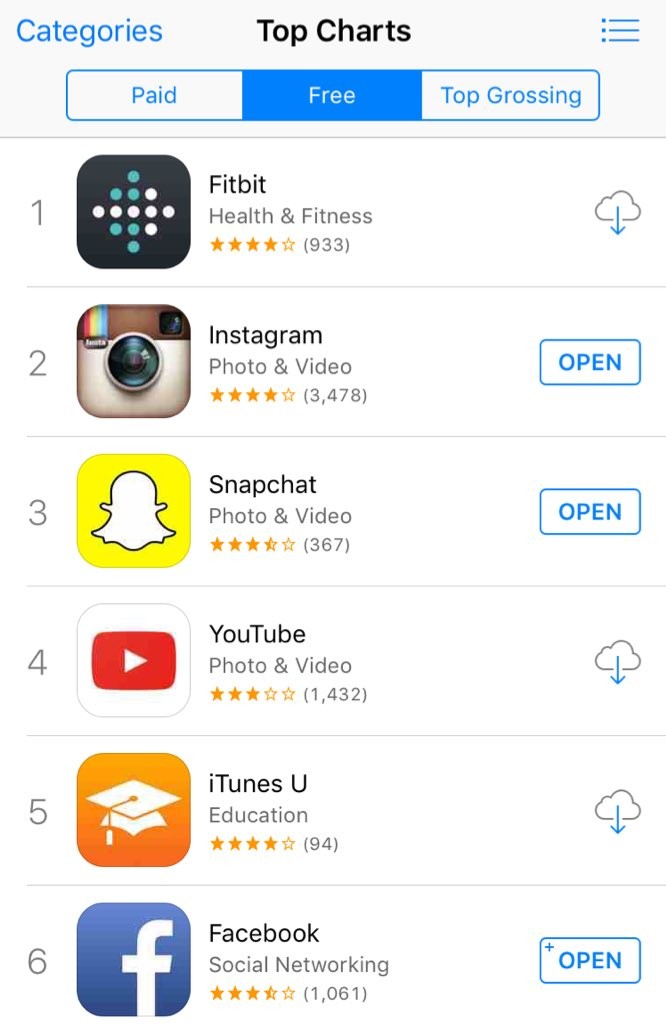 While the number of app downloads is not a clear indicator of how many Fitbit wearables were sold, it does show that a lot of people may be setting up their new devices. Also, if we look at the past performance of Fitbit sales, such as during the fourth quarter of 2014, it was better than all other quarters combined, and revenue saw a jump of 250% compared to the same quarter in 2013. 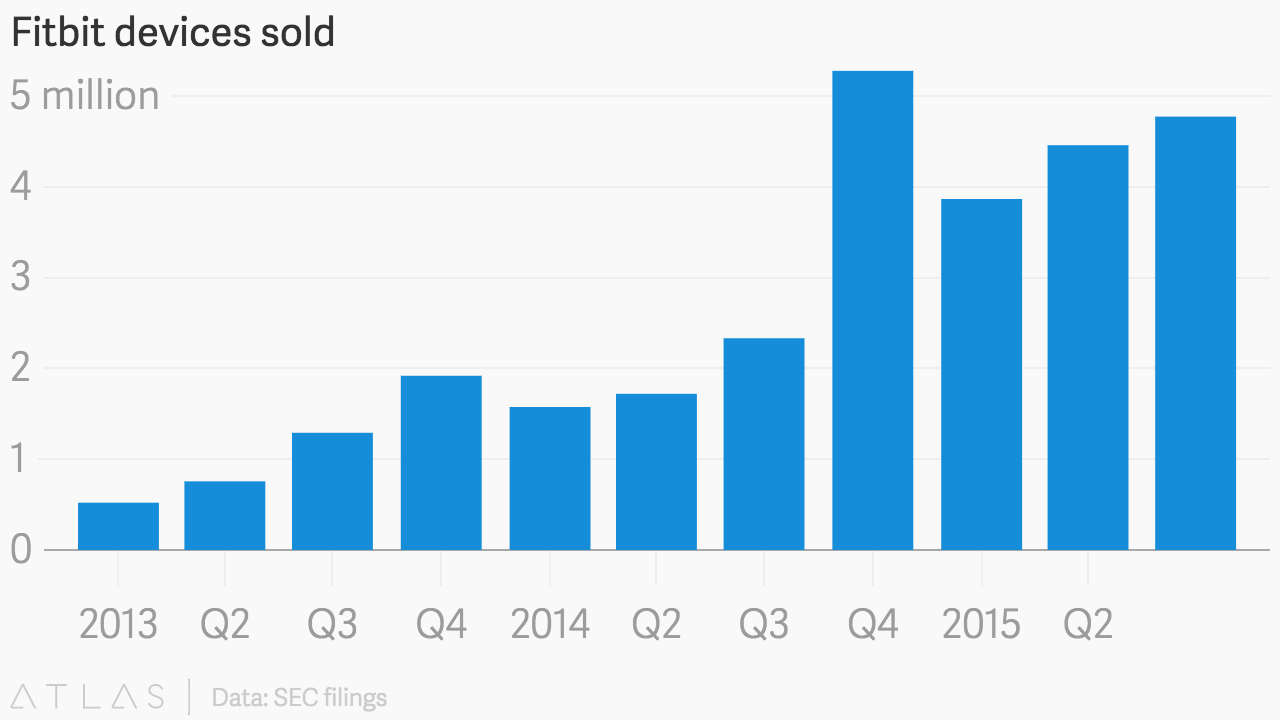 Fitbit devices sold
The new home for charts and data, powered by Quartz.

According to data from mobile analytics firm App Annie, Fitbit's iOS app has been pretty popular throughout 2015, and has actually been the most downloaded app in the health and fitness category in December, only to jump 20 spots on the free apps list in just one day, claiming the top spot on Christmas day.

It may seem like all great news for Fitbit, but the company's financial performance has been suffering for the second half of 2015, and is only now recovering. Furthermore, it is facing the pressure of healthy competition coming from Xiaomi and Apple, with the latter planning to reveal a new Apple Watch in March next year.