At this point in time, there isn't much that can be said about For Honor without becoming as enraged as one of the Vikings inside the game. Since launch, the title has experienced several bugs and exploits, and has suffered unending controversy relating to its player base and the fact that it lacked dedicated servers. 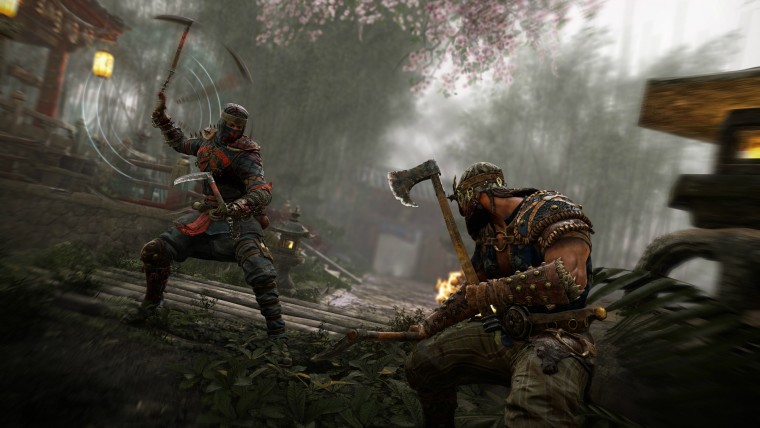 However, this weekend when Ubisoft hosted a live streamed Season 3 tournament showcasing its latest update, these problems did not exactly go away. As pointed out by a user on Reddit, one of the playable classes in the game - Raider - had an overpowered maneuver that has the potential to be spammed by those playing. The move, which is called 'Stampede Charge', causes the player on the receiving end to be drained of all stamina as the attacker picks them up and potentially slams them into a wall, with little to no counter attacks that could be performed successfully.

In one of the matches, two players had a face-off, and during the encounter, a player called Sypher attempted to 'grapple' the other player, which could have won him the game. However, the other player called Oscar managed to counter this move. This happened in a slight incline and Sypher subsequently 'fell over' and lost the game based on an in-game glitch.

But this was nothing compared to an exploit that won one player the entire tournament. The game currently has an 'Unlock Tech' loophole, which allows the person using it the ability to adjust movement speed amongst other things, if used correctly. When the player called Alernakin was handed the trophy, the Creative Director of the game noted that the winner should amend his play style in the future, suggesting that this exploit would be fixed soon, especially with it being used to win a tournament that was aimed at promoting the game.

For Honor had a free-to-play weekend on Xbox One, PlayStation 4 and PC after it announced the aforementioned Season 3 update. Ubisoft recently commented on the game's success, and its plans to bring dedicated servers to address several complaints.