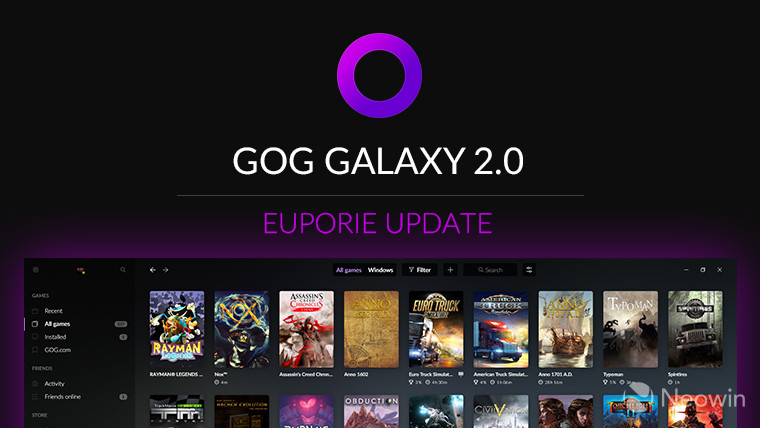 It's been about two months since GOG Galaxy 2.0 saw a major patch, and so the folks developing the app have decided to push out the appropriately space-themed Euporie Update. For those not familiar, Euporie is one of Jupiter's natural satellites.

As you are well aware though, the Atlas Update (version 2.0.5) came out in the first half of September, bringing among other things, a powerful global search feature, a slew of library customization features, a dedicated downloads page, as well as a handy 'What's new' overview.

The Euporie Update (version 2.0.9.136 as of this writing) ushers in some interesting changes of its own, which we'll detail in the next three sections.

First up is the game library, which now displays duplicate games (in other words the same game you have on multiple platforms) as a single entity. You can now choose which copy and on which platform you want to interact with via the handy right-click context menu. Also housed now in the context menu is an 'Install' or 'Play' button - a feature that was missing before. Which button you get depends on whether the game you are interacting with is already on your device.

Also related to your game library is a feature targeted towards titles that do not have box art-shaped artwork. Those will be displayed as a generic rectangle with the name of the game in plain text on top.

Moving on to GOG games in particular, you are now once again able to access game goodies (under the Extras tab in the game's library page) like artwork, manuals, soundtrack, and so on, as well as offline installers, and cloud save backups - if the game supports cloud saves. Something else that's being brought back is the ability to access the game's screenshot folder straight from Galaxy 2.0, as well as the ability to view patch notes and check for game updates.

For those purchases that you'd rather forget about, there's also now the option to hide a game from your library. Hidden games are grouped under the namesake filtering option from Filter > Status.

Make sure to check out the mini-gallery below to take a closer look at these features: 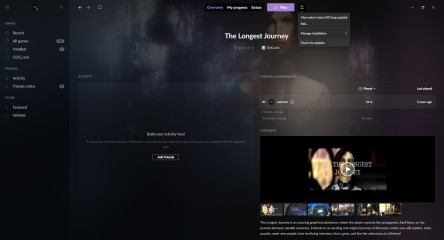 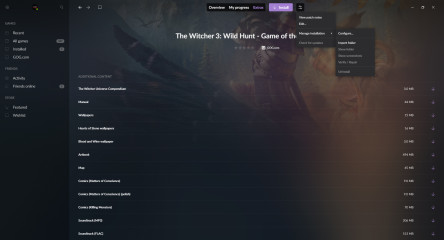 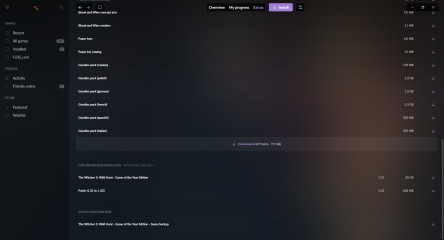 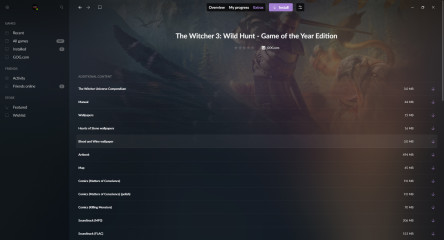 Certain library-related aspects such as some games showing up as unknown or a few Galaxy 1.2 features not being available yet - like tweaking game launch parameters - are covered under the known issues section at the end of the article.

Included in this new version are also improvements to the overall UI and user experience of Galaxy 2.0, starting with a seemingly small addition, namely jumplist support.

It doesn't seem like you are able to customize what appears on the jumplist currently - aside from pinning recently played games -, although links to All games, your friends list, the store, and a shortcut to quit the launcher are displayed.

Another point worth mentioning is the sidebar, which now displays the downloads badge in purple - much like the unread messages one - for those downloads that you haven't checked the progress of. Furthermore, the badges themselves have been made a little more obvious to aid with the overall contrast between elements.

The main client will no longer download updates at startup, but rather will do so automatically in the background while the application itself is running.

Global search, introduced back in the Atlas Update (version 2.0.5), can now also be used if you're browsing the Store (the Featured link in the sidebar), although nothing else seems to have been changed regarding its behavior.

Last but not least, a feature that's been requested since around the beginning of the closed beta, namely mouse shortcuts (using the dedicated or programed back and forward buttons to browse through the client) are now available. Unfortunately these are only available on Windows currently.

Be sure to check out the mini-gallery below for a look at the features detailed above: 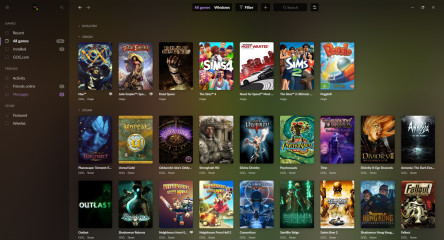 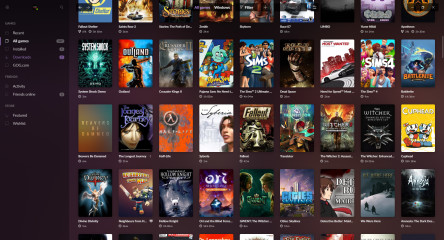 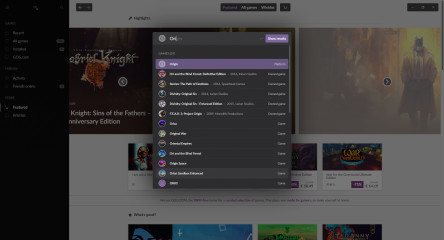 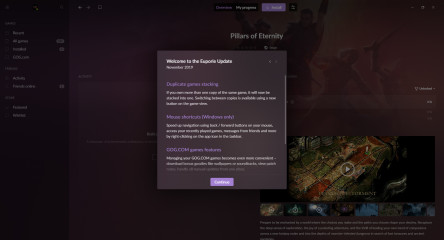 Sidebar bookmarks - or really general features - like tracked discounts don't seem to have made it in the current iteration of the launcher. These are however planned for the final release.

Settings and other store integrations

Last but not least we get to one of the more important changes brought by version 2.0.9, which is the long-awaited ability to close the relevant client upon exiting a game you own on that platform. In other words, if you quit a game on Origin, it also closes the client itself, without you needing to do so manually.

This is a toggle-able feature, and it also allows you to import things like tags, favorites, or hidden games from the platforms you have connected Galaxy 2.0 to. Version 2.0.8 and prior showed Origin, Uplay, Epic Games Store, and Steam under the Features tab, with checkmarks for closing the client after exiting a game marked as "coming soon". This feature is now live, although it'll only show you options for the platforms you have already connected, not all of the ones supported. What this means is that if you've only connected Steam, that's what you'll see options for.

Exiting games does in fact close the client, as advertised, although not before your progress is synced with the cloud of the relevant launcher - in case the game supports this feature. This is of course to be expected, although folks do need to keep in mind that downloading and installing a specific game is still bound to its platform's launcher.

On a related note, you are now able to search on GitHub for community integrations for platforms to add to Galaxy 2.0. Among those are Wargaming, Path of Exile, Minecraft, Rockstar Launcher, and more, although certain community-made ones like those for Battle.net or various emulators do not show up in search.

And now, here's the full changelog for version 2.0.9.136, otherwise known as the Euporie Update:

Updater:
- Will no longer download updates at startup, they will be downloaded in the background while the application is running
- [Windows] No additional UAC prompt during update

Library:
- Multiple owned copies of the same game are now stacked into one. Switching between copies is possible with a new button on the game view.
- Added generic covers for games lacking cover art

And here are some of the issues the devs have identified with this release:

Known issues:
- All Games view - some games may appear as “Unknown” in the games library
- All Games view - Grid view - scroll performance is subject to significant improvement in upcoming releases
- Syncing bookmarks between devices doesn’t work yet
- Certain features from GOG GALAXY 1.2 are still missing (launching games with parameters)

New invites are being sent today, so if you haven't signed up for the beta, be sure to do so at this link. It's worth reiterating that if you do obtain the installer itself but haven't been invited to beta, you will not be able to use the application. Furthermore, access to the beta is tied to your GOG.com email address so keep that in mind when signing up.