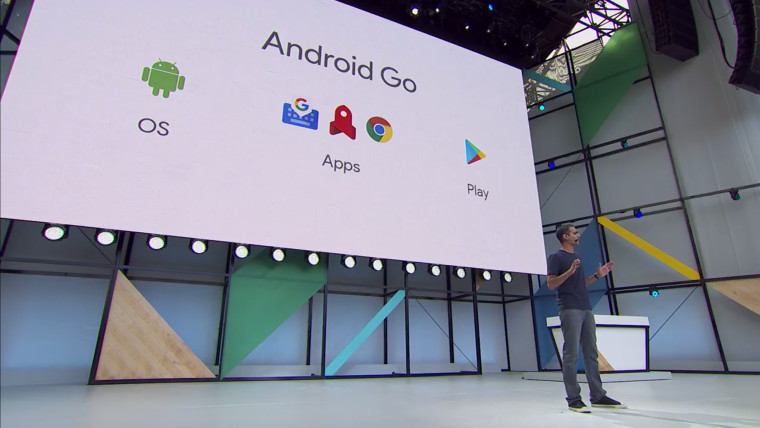 A large part of Android's appeal to the wider population of current and prospective smartphone users is the variety of manufacturers creating devices across the world at varying price points, opening up the conveniences of smartphones to individuals with lower incomes.

However, lower-end devices often feature many quirks and inconsistencies in performance, only some of which are a result of the less powerful hardware used in such devices. While Google has already tried to lower device prices and reducing fragmentation by providing specifications for hardware through its Android One program, there is still much work to be done on the software end. To that end, Google today revealed Android Go, a modified configuration of Android that is specifically designed for these devices which feature 1GB or less of RAM and are often constrained to smaller amounts of mobile data due to its high cost.

With this in mind, Google will be optimizing not only its OS to accommodate the lower available memory but also apps, especially its first party apps, which will often receive a second Go version aimed at such devices. For example, Chrome will have Data Saver enabled by default and YouTube Go will be a lightweight version of the app that shows the exact amount of data consumed when you stream a video. You can even download videos to watch offline and share videos you've already downloaded with others via Bluetooth, saving them mobile data.

The Play Store found on these devices will also be modified to include the entire catalogue of apps found on the normal Play Store but with apps optimized for lower-end devices being front and center for greater convenience.

Another part of the Android Go initiative is localizing Android for countries with lower incomes and therefore enabling users of different backgrounds to use Android efficiently. Multilingual input is a core focus of Android Go and will also allow for transliteration or phonetic input in another language, with Android automatically taking that and changing it to the language or alphabet of your choice, similar to the way Google Translate already works.

Starting with Android O, every future version of Android will also come with a Go configuration and devices with Android Go installed are expected to ship starting in 2018.