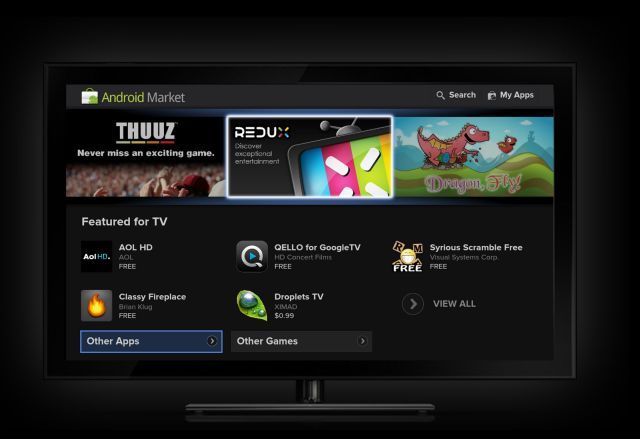 The long promised Google TV 2.0 update is finally close to being released. Google's official blog site has announced that the update will be released for Sony's Google TV's Bravia televisions sometime early next week. The Logitech Revue set-top box, which turns most TVs into a Google TV device, will get the 2.0 update "soon thereafter.:

Google says that the update concentrated on four areas: Making the UI simpler, improving the search features, improving Google TV's YouTube experience and finally opening up the software to Android-based app developers. That last new feature could make or break the new version of Google TV. The prospect of app developers being able to use the big screen of a TV to develop app that could improve the television experience is a very interesting prospect.

The big question isn't actually if Google can improve Google TV, it's if any more hardware partners will sign up to add Google TV support in their products. We have seen more and more "smart TVs" with WiFi connections and support for Internet apps going on sale and those TV manufacturers may feel they don't need Google TV. Perhaps the 2.0 update will show them that adding new features will start to sell products.

Google claims they are committed to Google TV's development for the long haul and an article at Engadget hints that more control interfaces, support for ARM processors and more are in the works for 2012. In the meantime we should soon see if Google TV's first major update will be a restorative act for the software or its final stand.