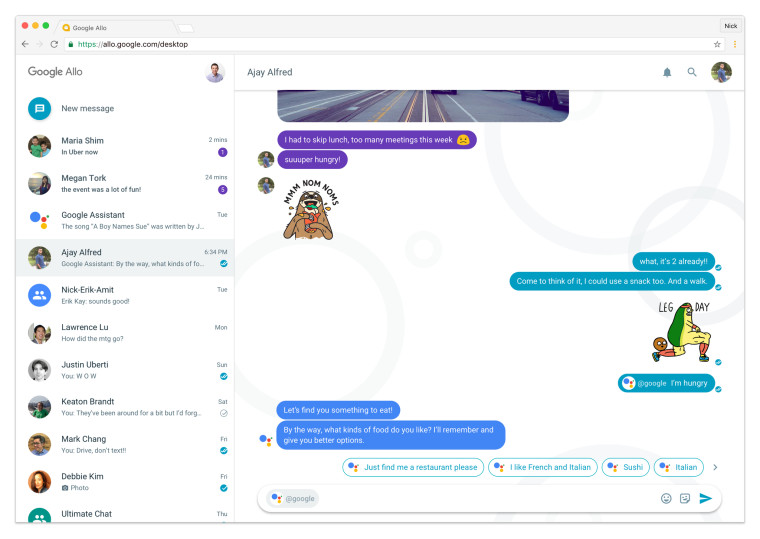 Google’s Head of Product for Allo, Amit Fulay, has finally announced the availability of Allo for web. He had stated in July that the web version would be available in a few weeks. A new detail that we have gotten in his recent announcement was that the web version is only available for Android users right now.

Allo for web is here! Try it on Chrome today. Get the latest Allo build on Android before giving it a spin https://t.co/OPn6Q5hdkg pic.twitter.com/awxr9wFvoD

To access the Allo web app, you’ll have to use your phone or tablet to scan a QR code in order to connect up Google Chrome (that’s right, it only works in Chrome at the moment). Once connected, Allo will show you your chat history of all the conversations you’ve got on your phone, keeping them both updated together.

Allo’s main features, such as smart replies, emoji, stickers and Google Assistant, are all available; it’s the first time, too, that the Google Assistant is available through a web browser. There are a few features that still haven’t made it across yet such as adjusting the size of the text in chats and creating your own emoji.

Amit Fulay confirmed that Google is working on adding support for other web browsers and that the company is also working on allowing iOS users to connect via their browsers too.