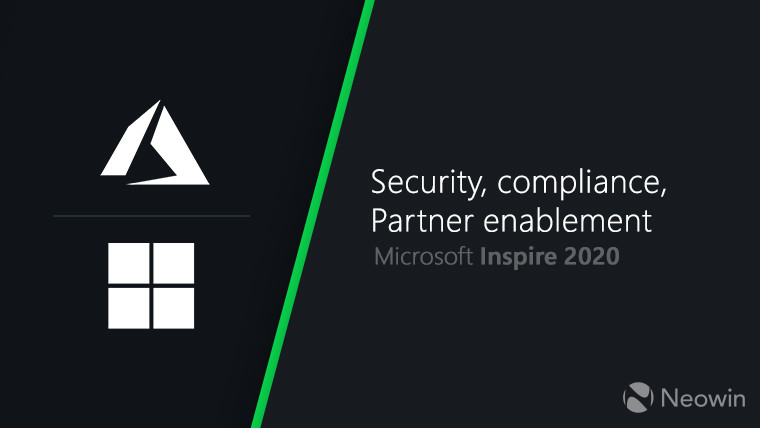 In addition to the various infrastructure, tools, Microsoft 365, and business updates revealed at Inspire, Microsoft also took the time to detail some of the partner enablement and security additions to its platforms.

On the subject of security, Communication Compliance for Microsoft 365, which allows folks to "intelligently detect regulatory compliance and code of conduct violations", has now received a number of enhancements which extend its visibility to image detection and third-party solutions like Instant Bloomberg and soon Slack and Zoom. Improved remediation actions are also available via the Teams integration, allowing admins to remove messages from a Teams channel.

Moving to Insider Risk Management within Microsoft 365 - generally available since February -, the updated solution will use much better quality signals and ML algorithms to flag potentially risky behavior, as well as include new policy templates for pushing alerts to solutions like ServiceNow or Azure Sentinel. Going forward, signals will be able to be captured from Windows 10 devices, Defender ATP, Microsoft 365 itself, and the company's native Human Resources connector.

Last but not least, available in public preview starting today is Microsoft Double Key Encryption, which gives full control over the encryption key to the customer using this solution, while also allowing for the protection of the most confidential data. As the name implies, the data is secured using two keys - one in Azure, one in the possession of the enterprise customer -, with both being required to access the data. Since Microsoft only has one of the keys, access to the second key and the data is dictated by the enterprise customer.

Beyond security, Microsoft was also keen to highlight some of the work it has done in the area of partner and customer enablement.

As such, it has announced that Azure Lighthouse - the offering which allows service providers to manage resources across multiple tenants -, now has Azure Privileged Identity Management support for just-in-time access, as well as support for Azure Multi-Factor Authentication. Additionally, Role Based Access Control (RBAC) for partners can now be either permanent or eligible, allowing for elevation of access to privileged for a shorter period.

Also in the realm of partner offerings, there are two new Cloud Practice playbooks - available today -, which offer "blueprints and tools to develop, analyze, manage and secure an effective cloud practice that's built to last." They are the Azure Center of Excellence and App Innovation Practice Development playbooks, written by Microsoft in collaboration with partners.