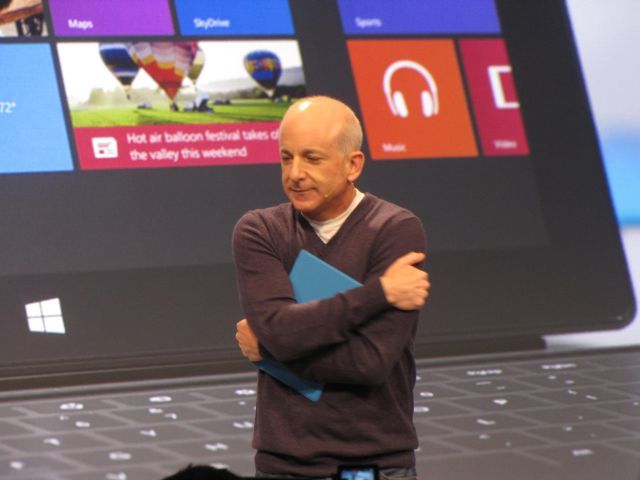 While the Windows 8 keynote felt like a fairly normal technology press event, Microsoft's second press event for the day at Pier 57 in New York City was smaller and much more formal and fun. It was all about the Windows RT version of the Surface tablet, which officially goes on sale tonight at midnight

Microsoft clearly is wanting to look on the bright side of life when it comes to the first reviews of the Surface (look for Neowin's own review soon). Microsoft posted up some positive quotes from outlets like Time, The Wall Street Journal and The New York Times but the press event didn't really address the main issue critics have had about the Surface; namely its use of Windows RT.

Windows head man Steven Sinofsky appeared first during the Surface keynote but the main star was Panos Panay, the General Manager of the Surface team. He clearly wanted the people in the room to know how much he and his team loved developing Microsoft's first PC hardware product. 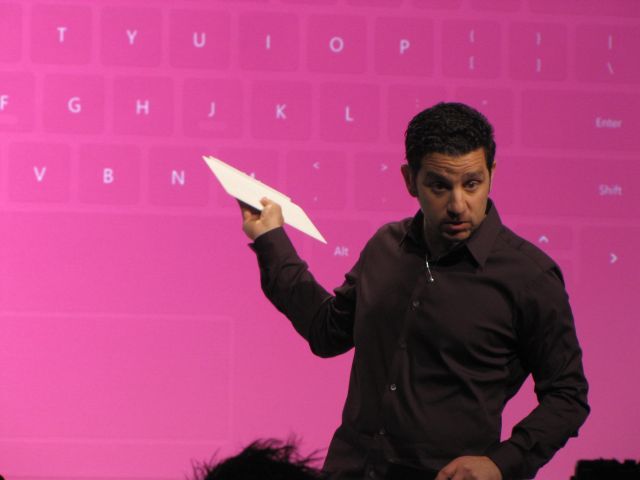 Indeed, Panay had a few units of the Surface on stage but he gave away about three or four of them to members in the small audience (no, we were not one of them, alas). Panay also demonstrated how well the Surface is constructed by dropping it from his hands onto the floor, about two feet up. 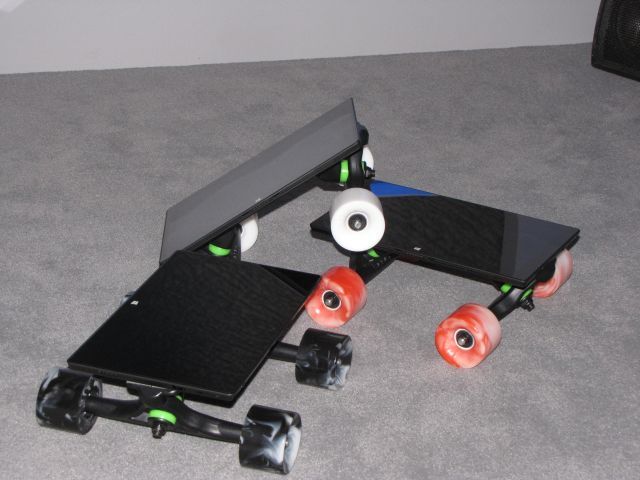 Other highlights from the keynote included Panay watching The Avengers on the Surface and then transferring that movie to the big screen behind him, hooked up to the Xbox 360. Even Steven Sinofsky's Surface skateboard made a return appearance. Sinofsky joked that they were going to sell Surface skateboards in the Microsoft Store. He may have been kidding, but we think it might be a popular accessory.

All in all, the Windows RT version of the Surface is a gamble for Microsoft but it's looking like it might pay off. We can't wait to see how the Surface Pro turns out as that product will likely draw a lot of interest too.