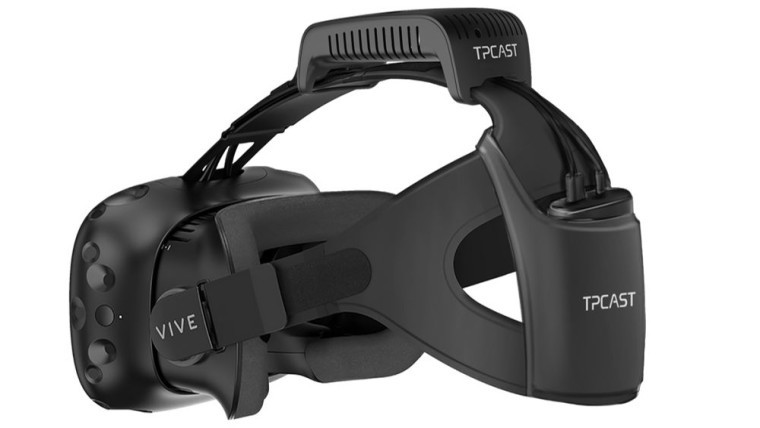 We reported recently that HTC was already working on an upgraded version of its virtual reality Vive headsets, as well as specific accessories designed for arcades in China. However, now it looks like one of those accessories has already reached the local market, and it allows the Vive to be used untethered.

One of the big issues with the current crop of virtual reality headsets, including the Vive and Oculus Rift, is that they need to be connected by an awkward wire to a local PC. That restricts both user movement and comfort, and takes away from the whole immersion in the experience.

However, if you’re an HTC Vive user, you can now pre-order a peripheral which lets you ditch the cable, and move around with a greater degree of freedom. Created by a company inside of HTC’s Vive X accelerator, the clip-on device essentially functions as a wireless receiver for all the information the Vive needs.

Crucially, the TPcast peripheral, as it’s known, has very high throughput speed, with a HTC executive saying there’s “no noticeable difference” between the tethered and untethered connections. If that’s true, then this is a remarkable achievement, and will likely become a staple of any upcoming Vive headsets.

In terms of battery life, the peripheral can reportedly handle about 1.5 hours of usage, but there’s a version with a bigger battery planned for the future.

If the TPCast peripheral sounds like something you’d be interested in, you can pre-order one today for around $220, with shipping scheduled for early next year. Those who already own a Vive headset, can write in their serial number on the order, and it will reportedly get prioritized.