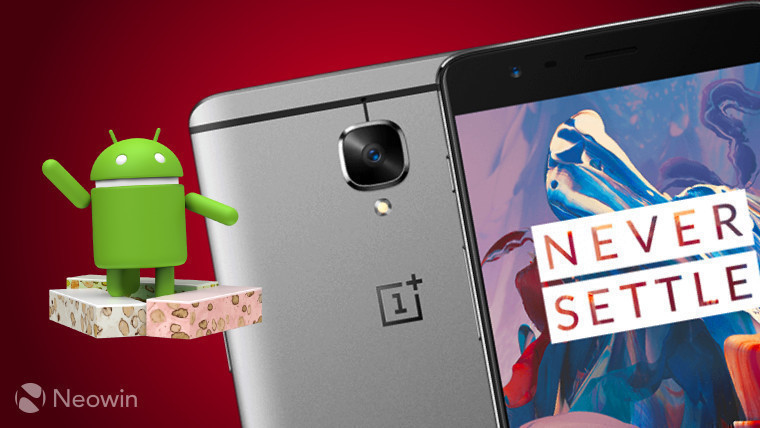 OnePlus 3 users will have quite a few reasons to be excited this holiday season, as the company behind the popular handset has confirmed than an official Android 7.0 Nougat release will be pushed out to devices before the end of the year.

OnePlus is not known for its speed when it comes to delivering software updates to users, but with the launch of the OnePlus 3 the company has tried to turn a new leaf. It has released quite a number of software updates for its flagship device, addressing some of its users’ biggest issues. Still, despite that newfound proclivity for updates, the company hadn’t officially announced plans for the Android 7 Nougat upgrade. In fact, we know that its development team is currently working on unifying OxygenOS and HydrogenOS, on a build of Android Marshmallow.

But all of that changes today, as the company has confirmed that a beta build of Android 7.0 Nougat will be released to OnePlus 3 devices this month. We have a hunch this is strongly related to the upcoming unveiling of the OnePlus 3T, rumored to come with Nougat out of the box.

Regardless of whether that’s the case, the good news is that OnePlus 3 owners will get the full Android 7.0 Nougat update by the end of the year. OnePlus 2 owners won’t be left out either, and they’ll get Nougat as well at some point, though there’s no clear schedule for that one.

Despite being officially released two months ago, and having been in public preview for more than half a year, Android 7.0 Nougat is still on fewer than 0.5% of Android devices. So, it’s really nice to see OnePlus and other companies finally jumping on board and start delivering this update, especially given that Google has already moved on to Android Nougat 7.1.