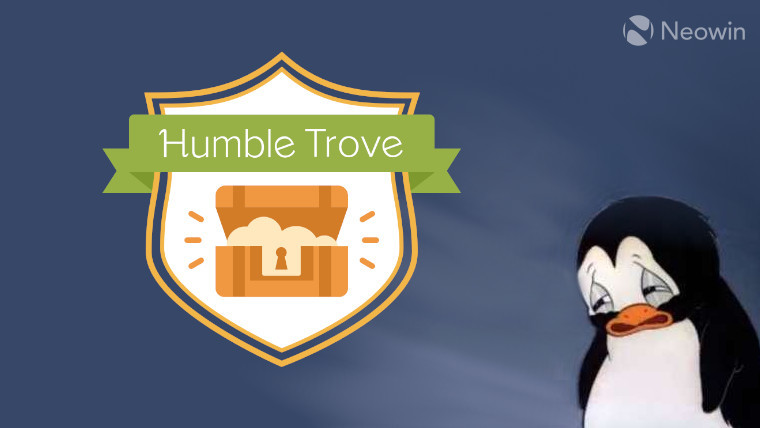 It’s a bittersweet day for gamers who participate in Humble Bundle’s Humble Choice Program. The service will sunset Linux and Mac versions of all games on offer starting February 1st. 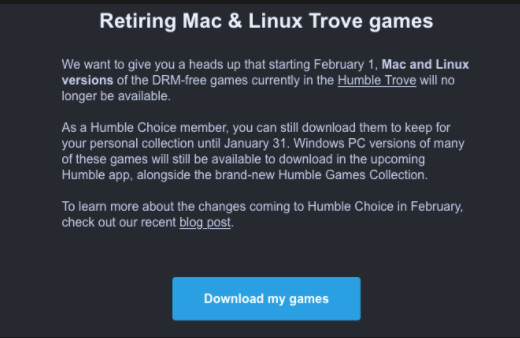 Notification of the change is abrupt, leaving gamers with only two weeks to download copies of their games from Humble Bundle into their humble bindles. Perhaps the biggest issue is that Humble Bundle will not deliver updates to these games. Those who yearn for the latest content update in this month's Retired Men's Nude Beach Volleyball will be out-of-luck. They will forever be locked behind the Humble Choice subscription plan and only be offered to Windows users.

The news comes one day after Humble announced changes to its Humble Choice subscription model which, while buried in the announcement, requires use of their new launcher. It’s a minor blow to those who pre-ordered Steam Deck or will be running Steam OS 3.0 next month. It’s a big year for gaming on Linux and an even bigger year for portable gaming as new users around the world are set to get their hands on the powerful device. But for Humble Bundle, it’s seemingly not worth the effort.

For those who remember, Humble Bundle started out offering DRM free games for Linux way back in 2010. At that point in time they were indeed a humble outfit.